Sydney, Australia: Taking a leaf out of the book of tennis great Rafael Nadal, Brielle Mapanao delivered an early birthday present for herself with victory in the fifth edition of the Faldo Series Australia Championship.

Five shots off the pace in joint ninth place after an opening 75 at Castle Hill Country Club, the talented New South Wales Junior Development Squad member knew she needed to produce a much-improved final-round to haul herself back into contention.

Buoyed by the ethos of Spaniard Nadal, whom she describes as her most inspiring sportsperson, scratch-handicapper Mapanao did just that.

Thanks to a closing four-under-par 70, Mapanao not only overhauled Nara Shin and Anne Jang to top the leaderboard in the Girls’ Under-16 age group but also drew level with Max Duffy-Smith in the overall standings.

A fortnight before she turns 16, Mapanao completed a memorable comeback by prevailing in a sudden-death play-off in the 13th event of the 2019-20 Faldo Series Asia season.

Although she lists Minjee Lee, Ariya Jutanugarn and Jason Day as her three favourite golfers, it’s Nadal’s never-say-die approach that Mapanao tries to emulate on the golf course when the need arises.

“His attitude, on and off the court, is so inspiring as well as his fighting spirit. He never gives up and comes back stronger every time,” said Mapanao, a member at The Australian Golf Club who is currently ranked 27th on the National Girls Order of Merit.

The teenager, who started hitting a golf ball at the age of six, will be seeking to further improve that position when she appears in the 14th Faldo Series Asia Grand Final, to be hosted by Sir Nick Faldo at Vietnam’s Laguna Lăng Cô from March 4-6.

Third in the Boys’ Under-16 category last year, Duffy-Smith made a smooth transition to an elder age group as he withstood the challenge of Harry Peterson, a Faldo Series Asia Grand Finalist last year.

One shot shy of joining the play-off, Loumanis edged out Arki Valdy and Brij Ingrey in the youngest of the categories for Boys, while Christine Shin, a past nominee for Australia’s Young Sporting Spirit award and winner of the women’s division at the 25th Australian Deaf Golf Championship, was unable to keep pace with Gong in the eldest category for Girls.

The article "Brielle Serves Up Come-From-Behind Success" was originally published on https://www.agif.asia/2020/01/brielle-serves-up-come-from-behind-success/ 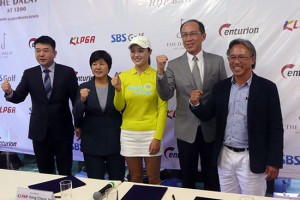 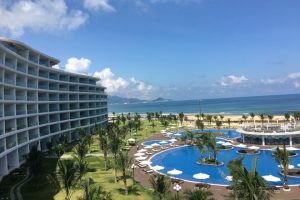