Hong Kong – Rugby’s Hong Kong and Singapore Sevens were postponed from April to October over the coronavirus on Thursday, joining the Chinese Grand Prix, golf and football fixtures on the growing list of sporting casualties.

The decision, which disrupts sevens rugby in the run-up to the Tokyo Olympics, was made “in response to continued health concerns relating to the novel coronavirus (COVID-19) outbreak”, World Rugby said.

“The health and safety of our players, fans and everyone working on the event is always our highest priority,” it added in a statement.

The announcement comes a day after Formula One’s Chinese Grand Prix in Shanghai, scheduled for April 19, was postponed, becoming the biggest single sports event affected by COVID-19 so far.

The flagship Hong Kong Sevens was slated for April 3-5, with Singapore a week later. Both cities are scrambling to deal with the virus, with 50 confirmed cases each and one death in Hong Kong.

The Singapore tournament will now take place on October 10-11 and Hong Kong a week later on October 16-18, concluding this year’s 10-stop world series.

The COVID-19 death toll leapt to 1 367 on Thursday with nearly 60 000 infections in China, where the virus is thought to have emerged in the city of Wuhan.

The Hong Kong Sevens, held every northern hemisphere spring since 1976, is an important source of revenue and prestige for a city which has plunged into recession following months of pro-democracy protests and the US-China trade war.

The colourful, three-day tournament is the signature event of the sevens series and was a driving force behind the sport’s Olympic inclusion.

The Hong Kong Sevens will return to its usual slot next year, the city’s rugby chief told AFP, adding that he expected to sell out both the 2020 and 2021 tournaments even though they are just six months apart.

“We’re disappointed that in Hong Kong and China and globally we’re struggling with a big health issue, but we’re delighted that World Rugby were able to confer us this slot,” said HKRU chief executive Robbie McRobbie.

“We’ve always wanted to be the last slot (on the world series), and we’ve finally and rather bizarrely got our wish,” he added.

Asia’s sports schedule has been hammered by the coronavirus, with Singapore’s HSBC Women’s World Championship, starting on February 27, among two golf events cancelled this week.

The start of China’s Super League football is indefinitely on hold, and Chinese clubs are mostly sidelined from Asia’s Champions League until April.

Athletics’ World Indoor Championships, due to be held in Nanjing in March, were postponed for a year, while boxing, tennis, basketball, skiing, diving, snooker and badminton have also been affected in China.

A major sports conference scheduled for Beijing is another casualty. Organisers said they were looking for an alternative venue for the SportsAccord World Sports and Business Summit 2020, originally set for Beijing from April 19-24.

The biggest domino to fall was Shanghai’s Formula One Grand Prix, which was postponed “to ensure the health and safety of the travelling staff, championship participants and fans”, the FIA, motorsport’s governing body, said on Wednesday.

No new date was proposed for the race – one of 22 on this year’s calendar – and there has been no announcement about the inaugural Grand Prix in Vietnam, scheduled for April 5. 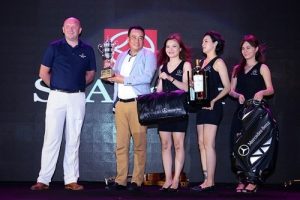 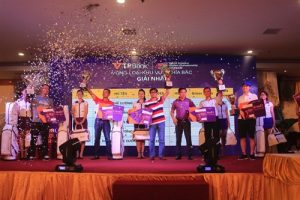