Tokyo, Japan: Motoki Hosoya’s reputation as one of Japan’s most promising young golfers has been enhanced with a sudden-death play-off success in the 2019 Faldo Series Japan Championship.

It was a gutsy performance from 15-year-old Hosoya who had to dig deep to repel the challenge of Toranosuke Nakagawa in The R&A World Amateur Golf Ranking event that was the eighth leg of the 2019-20 Faldo Series Asia season.

For all three rounds at Shizu Hills Country Club the duo were virtually inseparable at the top of the leaderboard.

Hosoya took a one-stroke lead in to the final round and appeared within sight of the winning line when he extended his lead to two with just two holes remaining.

But a Hosoya bogey at 17 raised the spirits of his opponent who then produced a splendid birdie on 18 to sign for a four-under-par 68, the equal best round of the week.

With a 54-hole tally of two-under 214, Nakagawa finished level with Hosoya, whose closing 69 included six birdies.

Both players made birdie at the first extra hole before Hosoya prevailed with a par on the second play-off hole to book his passage to the 14th Faldo Series Asia Grand Final at Laguna Lăng Cô in Danang, Central Vietnam, to be hosted by Sir Nick Faldo in March, 2020.

For Hosoya it will present an opportunity to continue a good run of form this year, highlighted by an appearance in the Aaron Baddeley International Junior Championship at La Costa Resort & Spa in Carlsbad, United States as part of a five-strong Japanese team that placed fourth, and a seventh place finish in the Boys’ 12-14 Division in the 25th Japan Junior Golf Championship at Kasumigaseki Country Club in August. 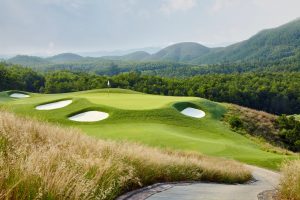 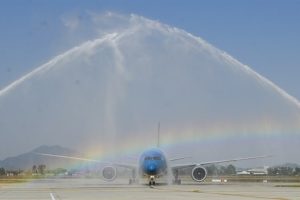 Vietnam Airlines on a dream run with Dreamliner