Bangalore-based Anand, aged 18, and 15-year-old Singh, from Telangana in Hyderabad, have entered the New Year on a high following impressive triumphs in last month’s All India Championship. For both players, it was the culmination of a memorable 2019.

On the back of his most recent success, Anand rose to 873rd in The R&A’s World Amateur Golf Ranking for men, while Singh soared 180 spots to 320th in the women’s standings, confirming her status as her country’s number one female amateur.

Faldo Series Founder Sir Nick Faldo said: “Congratulations to Anand and Sneha. Winning a national championship is an outstanding achievement of which they should be proud. I’ll be following their progress closely in the coming weeks and months, starting with the Faldo Series India Championship.”

Sanctioned by the Indian Golf Union, the 54-hole Faldo Series India Championship is taking place from January 8-10 at Jaypee Greens (Greater Noida) and is the 12th event of the 2019-20 Faldo Series Asia season.

During 2019, Anand, who took up the game when aged eight, also won the Singapore Junior Championship and the Gujarat Amateur.

Daughter of Sanjay Singh, a golf professional and national coach, Sneha was introduced to the game when aged 3½. In the wake of her brilliant recent form that has seen her win four of the last five events in which she’s competed, she’s been dubbed India’s ‘new golf sensation’. For good measure, Sneha was also the only amateur to win on India’s domestic women’s Pro Tour last year.

Leading the challenge to burst the bubble of Anand and Singh will be Keshav Mishra, winner of the Boys’ Under-21 category at last year’s Faldo Series Asia Grand Final.

Faldo said: “India continues to be an integral part of the Faldo Series Asia, offering invaluable tournament experience to up-and-coming juniors from around the country.

“I’ve been hugely impressed by the quality of the Indian representatives that we’ve had at the Faldo Series Asia Grand Final in recent years – Rashid Khan, Abhijit Chadha, Arjun Prasad and Viraj Madappa, to name just four.

“They’re among many talented young Asian players. For me, it’s exciting to see them at this early stage of their careers.

“From what I’ve witnessed, young Indian golfers are enthusiastic, engaged and more committed than ever, helping the sport to continue growing in opportunity and popularity.

“We expect to see more Indian golfers challenging at the Faldo Series Asia Grand Final, going on to enjoy success and recognition on the professional Tours … and continue a lifelong journey with the sport of golf.” 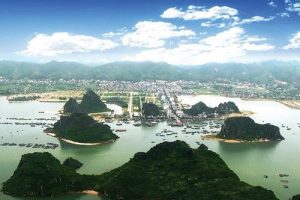