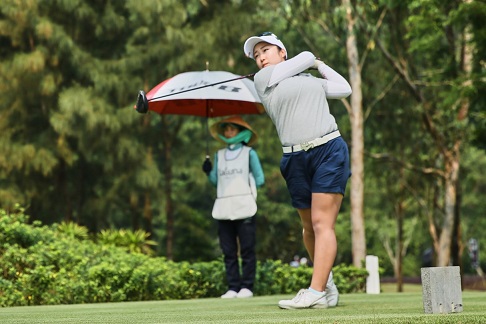 Tokyo, Japan: Miyu Abe will have unfinished business to attend to when she tees-off in this week’s Faldo Series Japan Championship.

Twelve months after suffering a final-round collapse that saw her edged out on a countback for first place at Shizu Hills Country Club, 19-year-old Abe is keen to put the record straight in the eighth event of the 2019-20 Faldo Series Asia season.

Despite frittering away a five-stroke lead heading into the final round last year, Abe was consoled by the fact that she topped the standings in the Girls’ Under-21 segment to qualify for the 13th Faldo Series Asia Grand Final at Laguna Lăng Cô in Danang, Central Vietnam.

There, she once more stormed out of the blocks to top the leaderboard after an opening 69 only to falter over the final two days, eventually finishing seventh in the girls’ eldest age group category.

Bouncing back from that disappointment, Abe showed her mettle by winning the Hokkaido Amateur Championship in May since when she’s made six starts in Japan LGPA Tour events with a best finish of 42nd at the Hokkaido Meiji Cup in August.

Now her sights are set on earning a return journey to the award-winning Faldo Design Lăng Cô layout for the 14th Faldo Series Asia Grand Final, to be hosted by Sir Nick Faldo in March, 2020.

To do that, though, she’ll have to be at her best in the 54-hole R&A World Amateur Golf Ranking event at Shizu Hills (December 4-6) which boasts a 140-strong field, including all five age group winners from last year’s Faldo Series Japan Championship.

While Kamiya was runner-up in the Boys’ Under-21s, Otani took top honours among the Boys’ Under-16s and went on to underscore his potential with a top-10 finish at the Japan Amateur Championship. 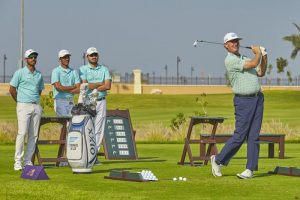 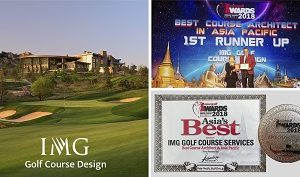