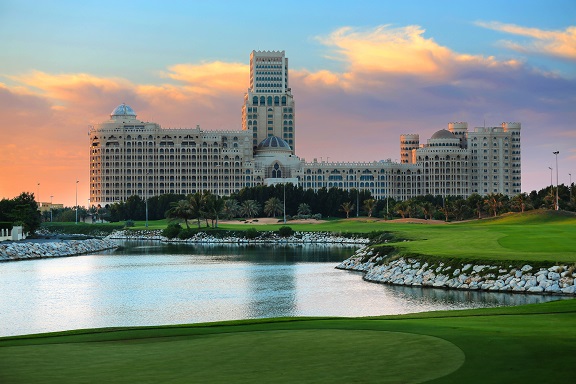 Designed by Peter Harradine, the 18-hole course is a 45-minute drive north of Dubai International Airport, amid the peace and tranquillity of the most northern of the UAE’s seven Emirates, Ras Al Khaimah.

Away from the hustle and bustle of major city life, the club is flanked on one side by the majestic Hajar Mountains with the blue waters of the Arabian Gulf on the other. The course meanders around four inter-connected open water lagoons merging seamlessly with the water of the Arabian Gulf.

A luxurious integrated community offering laidback oceanfront living, the development covers an area of 77 million square feet. As well as the golf course, there’s 1,500 metres of pristine beaches, more than 1,000 villas and townhouses, nearly 2,500 residential apartments, five hotels including the legendary Waldorf Astoria, a marina and a shopping mall.

Thrill-seekers and adrenaline junkies will head to Jebel Jais – the highest mountain in the UAE and home to the world’s longest zipline, propelling the UAE’s most northern emirate into the major leagues of global adventure tourism and cementing Jebel Jais as the region’s leading active adventure tourism destination.

Travelling at speeds of upto 120 kilometres per hour at a height of 1,680 metres above sea level, participants are fitted with a special harness. The longest flight takes approximately two to three minutes. Once completed, guests will finish the bucket list flight on a suspended landing platform where they will be transferred to a second line to complete their journey back to the ground.

The golf club, which opened for play in 2007, is managed by Troon Golf, an Executive Member of the AGIF.

Booth, who has attended AGIF-organised Business Management Institute (BMI) courses, said: “At Troon Golf, we strongly believe in providing education to our staff.

“With its efforts to improve the lot of club management personnel and greenkeepers, we are pleased to support the AGIF.”

“We’re delighted also to see the Federation attracting new members from beyond traditional Asian boundaries. This tells us that the Federation is on the right lines with the initiatives we are implementing.” 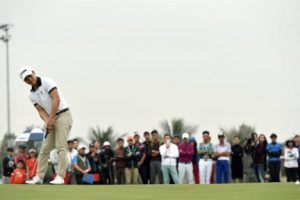 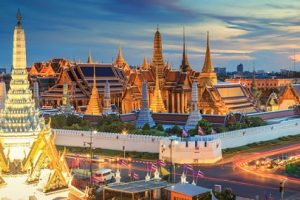 ‘Business as Usual’ for Golfing in the Kingdom of Thailand