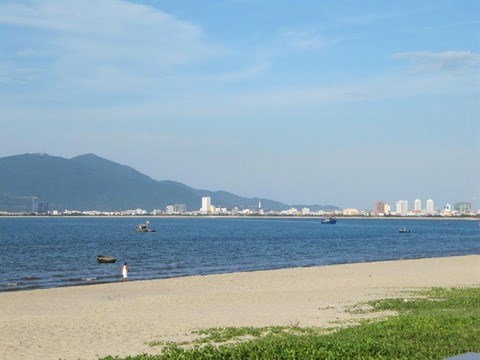 Da Nang (VNS/VNA) – The central city’s investment promotion agency (IPA) has asked a group of investors for a detailed plan of their proposals to develop an artificial island resort project off the coast of Da Nang.

Phuong said the project is only in its early stages. A clear plan and questions of feasibility have not yet been discussed by local departments and agencies.

The group of investors has proposed building what they will call the Lotus Island 1km from the mainland in Da Nang Bay in the Thanh Khe and Lien Chieu districts within six years.

The project will include different islets in the design of a lotus and four bridges connecting the island to the mainland.

The investors also plan to build apartments, a cultural and entertainment centre, a technology park, a financial centre, a Formula One track, a casino, golf courses, a retail centre and a cruise harbour.

“We have asked investors to display more information on the project and assessment process as well as conduct a pre-feasibility study on the project,” Phuong said.

She said the mega project must be approved by the Prime Minister and pass strict assessments by different ministries.

The project will dig sand from Da Nang Bay and nearby areas to construct the artificial island and islets.

Huynh Van Thang, an expert in irrigation, warned the project must be carefully scrutinised and supervised. He said it is imperative that authorities required a rigorous environmental assessment including a study of how the project will affect the flow of local rivers and sea currents.

He said some coastal property projects in Da Nang have changed natural flows and caused serious erosion of beaches.

The Lotus Island project will be the biggest development project in Da Nang so far.

In 2011, property developer VinGroup planned to build a coastal tourism complex on 1,500ha in Van village at the foot of Hai Van Pass with a proposed investment of 5 billion USD. However, construction on the project has stalled since land clearance and residential resettlement were completed in 2012.

The Sunrise Bay Project, part of the under-developed coastal Da Phuoc urban project in downtown Hai Chau district, was seen as the biggest coast-expansion project in the city when it was built on 200ha of backfilled sand. 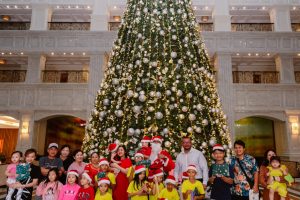