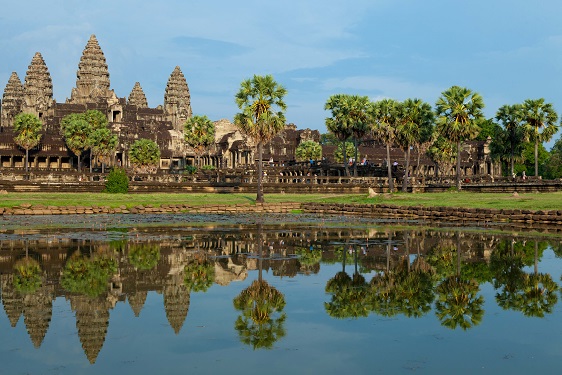 The Southeast Asian nation is becoming increasingly popular with foreign tourists, attracting more than five million visitors in 2016. Around seven million are expected by 2020.

Golf tourism is still very much in its infancy, however.

Among three courses in Siem Reap are former Asian Tour venue Phokeethra Country Club and the Nick Faldo-designed Angkor Golf Resort, which opened in 2007 and is a Golf Course Facility Member of the Asian Golf Industry Federation.

There are also two courses on the coast at Dara Sakor Golf Club, forming the first part of a project by a Chinese developer in Koh Kong Province.

A further two Faldo Design courses are set to open soon at Vattanac Golf Resort, 15 kilometres from downtown Phnom Penh, which is being built by international construction group Arup. The first course at the resort is due to open for play by late 2018.

According to Chea Bora, Secretary of State at Cambodia’s Ministry of Tourism, the country sees the potential of golf tourism in Cambodia, having watched it become established in its neighbouring countries, Thailand and Vietnam.

“We see the importance of golf tourism in Cambodia as well, but for Cambodia it is still at an early stage,” he said, although he added there is ‘a significant increase’ in the number of people playing golf.

Cambodia’s lure for golfers is underpinned by its appeal as a tourist destination, with the main attraction being the Angkor UNESCO World Heritage Site temple complex near Siem Reap that includes Angkor Wat, the world’s largest religious monument. Last year it was named the world’s top UNESCO heritage site by review website TripAdvisor. 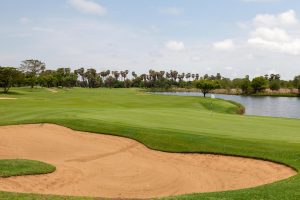 A keen golfer himself, Bora is also Secretary General of the Cambodia Golf Federation. He said that only around 500 Cambodians play golf, while the total of those and foreigners, mostly businessmen and diplomats, living and working in Cambodia is close to 1,000. They generally play at weekends, leaving courses little played during the week.

Candra Tanpatti, General Manager of inbound golf tour operator PSD Travel, estimates that Cambodia attracts about 50,000 visiting golfers in total, with the ratio of tourists to locals as high as 85% to 15% on some courses.

The main destinations providing golfing visitors are South Korea, China, Malaysia and Singapore, followed by the United States and a mix of European countries.

He said: “On average, golfers stay in Cambodia for three nights. They will mostly stay in five-star hotels and play three rounds of golf (costing close to US$500). With their accommodation, transfers and meals, their tourism expenditure will be at least US$1,000. So, golfers are one of the quality tourists that we get because they spend more.”

One of Bora’s aims is to increase the number of tournaments in Cambodia. The Johnnie Walker Cambodian Open was the country’s first professional golf tournament. Offering a purse of US$300,000, it formed part of the Asian Tour and was staged at the Phokeethra Country Club in Siem Reap from 2007 to 2010. Thai star Thongchai Jaidee was twice victorious.

Bora said discussions are being held with the Asian Tour to bring another Tour event to Cambodia, while he hoped to have a tournament with neighbouring countries ‘in the near future’.

In the meantime, amateur events include the annual Prime Minister Cup, co-organised by the Cambodia Golf Federation. More than 200 golfers, including locals and Cambodian-based foreign golfers, took part in the second Prime Minister Cup at Grand Phnom Penh Golf Club in December.

Bora is keen to increase the number of Cambodians playing golf, with another of his aims to open more golf academies. There are two at the moment, at Angkor Golf Resort and at City Golf Cambodia, a nine-hole par-three course close to the centre of Phnom Penh.

Bora said he hoped the academies would help encourage the growth of golf within Cambodia and result in Cambodian golfers taking part in events such as the 2020 Olympic Games in Tokyo. A Cambodian team took part in the golf tournaments at the SEA Games in Kuala Lumpur last August.

In terms of future golf expansion, Bora would like to see more golf developments on Cambodia’s coast. Dara Sakor Resort, which lies about 200 kilometres around the coast from the major southern port city Sihanoukville and its international airport, currently has two golf courses – one by the beach and one facing the mountains – as well as one hotel.

The plan is for it to eventually have five courses and five hotels. He said there were also plans for more golf developments in Sihanoukville and on the coast in Kampot Province, 90 minutes to the east.

With the addition of those projects, he felt that Cambodia would have enough golf courses to attract overseas golfers.

Golf is one of the elements of Cambodia’s sport tourism, which also includes marathons and half marathons, cycling and triathlons. But Bora said the government would look to develop a golf tourism strategy ‘in the very near future’, undertaking studies to understand it more so that it could set a target for golf tourism.

“Most of the golfers coming to Cambodia want to see Angkor Wat and play golf at the same time,” he said. “Golf in Cambodia is something special. You can play golf and bring your family. They can go sightseeing. It’s a good sightseeing destination, plus golf.”

Cambodia is a good extension to Thailand and Vietnam, particularly for European clients visiting Southeast Asia, he added, with one popular package combining golf with three UNESCO World Heritage Sites – visiting Halong Bay, with golf in Hanoi, playing golf in Siem Reap and seeing Angkor Wat, and then flying to Danang to play golf and visit the ancient town of Hoi An.

Chea Bora, Secretary of State at Cambodia’s Ministry of Tourism.

With its history, safety and security plus value for money, Bora said he believed Cambodia was strong enough to stand as a golf destination in its own right.

“Cambodia as a destination is strong enough, with the variety we have in the tourism sector here – eco-tourism, Angkor Wat and lots of tourist attractions, beaches etc.

“Previously Cambodia was always seen as an extension because of limited flights. But now more airlines are coming here, like Qatar Airways and ANA from Japan.

“There are more and more international direct flights here, so I am confident Cambodia is strong enough as a golf destination to compete with other countries. And we have enough hotels and supporting services such as restaurants to welcome them.”

The article "From Temples to Tees: Cambodia Eyes Golf Tourism Growth" was originally published on https://www.agif.asia/2018/04/temples-tees-cambodia-eyes-golf-tourism-growth/ 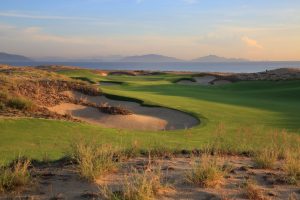 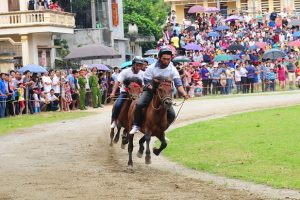 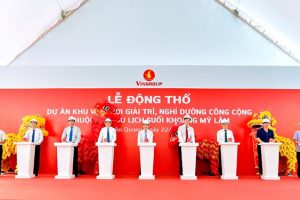