Quyet is well known in Vietnam as president of FLC, a real estate developer, and the biggest shareholder of a construction firm with a high growth rate in Vietnam – FLC Faros.

The two companies have been well known for the chain of large-scale resort projects and golf courses developed in many cities and provinces in Vietnam, including FLC Sam Son, FLC Quy Nhon and FLC Ha Long.

The third dollar billionaire appeared in the last days of 2016. He is Bui Thanh Nhon, chair of Novaland, a real estate firm, who is in the fourth position on the list of the richest Vietnamese stock billionaires.

Nhon and his family members hold 380 million NVL shares worth VND23.4 trillion, or over $1 billion.

The HCMC Stock Exchange confirmed it has received the application for listing 216 million shares of Banacab, a cable car company, worth VND2.160 trillion if considering the face value.

Analysts commented that with Banacab’s potentials, its share price may increase by 5-7 times if compared with the face value. And if this happens, the total capitalization value of Banacab would be $1 billion.

Meanwhile, Nguyen Thi Phuong Thao, the owner of private air carrier Vietjet Air, is likely to become the first female billionaire and the 4th or 5th dollar billionaire in Vietnam after the air carrier launches its IPO.

Vu Van Tien, chair of Geleximco, and Nguyen Van Truong, who kicked off the project in Ho Nui Coc National Park in early 2016 with capital of VND15 trillion, are also names for the dollar billionaire title. 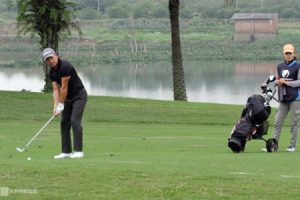 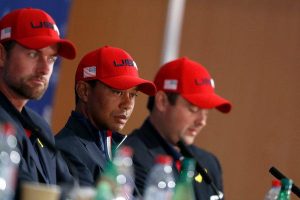 On Golf: In Ryder Cup, Europe Leaves Egos at Door. Those of U.S. Slam the Door.