Bangkok, February 2 — New nine-hole additions at three of Thailand’s leading golf courses and the launch of an amateur 2-ball tournament in Pattaya headline a tantalising menu for golf tourists visiting the Kingdom in 2016.

Two of the new nine-hole layouts – at Chiangmai Highlands Golf Resort & Spa in northern Thailand and Phoenix Gold Golf & Country Club near Pattaya – have opened, taking each course to 27 holes. The other, at Black Mountain Golf Club, Hua Hin, which also will have 27 holes, will be ready for play later in the year.

Already Asia’s leading golf tourism destination, Thailand’s 20 years-plus history of golf tourism has resulted in a level of refinement not found elsewhere in Asia – and one that is continuing to evolve.

“More than 700,000 golfers come to Thailand each year, many of whom are repeat visitors,” notes Mark Siegel, the owner of South-East Asia’s largest and most successful inbound tour operator, Golfasian.

“People come back because of value for money, friendliness of the Thai people, an unparalleled caddie experience, excellent infrastructure and a huge choice of entertainment, shopping, food and non-golf activities.

“Although the cost of playing golf has increased in recent years, Thailand remains the best value choice in Asia. As members of the Golf In A Kingdom collective (http://www.golfinakingdom.com), the leading courses compare very favourably in quality and cost with those in Malaysia, Vietnam, Indonesia, China and other Asian markets.

“The fact that new courses are always appearing, and facilities are constantly being upgraded shows the Kingdom is far from resting on its elite standing as a golf destination.”

“Most comments begin with compliments about the playing conditions which leads to the wonderful mountain scenery, followed by discussion on strategy of how to best play the layout. They inevitably end with ‘Can we play nine more?’ or ‘Can you book us another tee-time tomorrow?’,” says general manager, Derek Schade.

“Being a 27-hole facility makes it easier for golfers to choose Highlands for additional rounds and the courses’ wonderful scenery adds value to Chiangmai as a golf destination,” he adds.

Chiangmai Highlands has a popular resort on site, comprising 19 private resort villas, the Spa at Chiangmai Highlands, condominiums and a housing development. The resort was voted runner-up as best golf resort in Asia Pacific at the 2015 Asian Golf Summit in Singapore.

The Lakes course was created by Pirapon Namatra, a noted Thai designer who also remodelled the club’s Mountain and Ocean nine-hole layouts.

Black Mountain, voted the number one course in Thailand for the past five years, has begun building a 3363-metre (3678 yards) nine-holes layout to complement the existing championship course that opened in 2007.

The new nine, which replaces a par-three course on the site and will open in the second half of 2016, winds through a natural valley.

“Black Mountain has built a reputation for outstanding quality golf as well as service and facilities and the new nine holes will mirror the high standards for which we have become renowned,” he said.

Black Mountain has completed a suite of exclusive three-bedroom four-storey townhouses, each with a sun terrace and swimming pool along its ninth hole, that are now for sale. Each townhouse includes a lifetime membership to the golf club, which will host the second annual True Thailand Classic, a joint European Tour and Asian Tour professional tournament, from March 10-13.

The event complements the highly successful Centara World Masters in Hua Hin, Thailand, which will be held the week before, from June 12-18.
Visit http://www.pattayagolftournament.com and http://www.thailandworldmasters.com for information and booking details.

Photo: The new nine holes at Chiangmai Highlands has opened to rave reviews.

The article "Nine-hole Additions to Thailand’s Top Courses" was originally published on http://www.asiantravelmedia.com/nine-hole-additions-thailands-top-courses/ 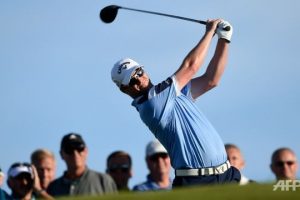