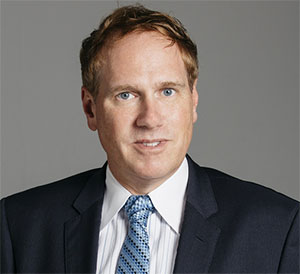 Recognising dynamic potential of Vietnam’s economy and the importance of enhancing commercial and investment links with a change in US administrations, members of the American Chamber of Commerce (AmCham) in Vietnam have elected executive chairman of The Grand Ho Tram Strip Michael Kelly to the organisation’s board of governors for the year 2017.

Kelly, who resides in Vietnam, will be the highest-ranking American executive serving on this board and will play a prominent role representing US business interests in the country to both US and Vietnamese policymakers.

Since being appointed executive chairman of The Grand Ho Tram Strip – Vietnam’s leading integrated resort situated in the southern province of Ba Ria-Vung Tau – in late 2015, Kelly has been a driving force behind the acceleration of investment and developments in the project.

Bringing to The Grand Ho Tram Strip over 25 years of senior leadership experience in the hospitality and gaming industry, including time spent managing a joint partnership project with Trump Entertainment Resorts from 1996 to 2004, Kelly immediately initiated a number of new developments to expand the resort’s offerings to both domestic and international visitors.

Among Kelly’s achievements was hosting the Ho Tram Open – Vietnam’s first Asian PGA Tour golf tournament – at The Grand’s award-winning golf course, The Bluffs, in December 2015. The event was the largest sporting event in Vietnam’s history, with coverage reaching viewers in 180 countries, and firmly established Ba Ria-Vung Tau as a go-to destination for golfers and international tourists alike.

As chief executive of one of the largest foreign invested projects in Vietnam, Kelly has placed substantial emphasis on aligning developments at The Grand Ho Tram Strip closely with the goals of the government of Vietnam, serving as a role model for foreign businesses operating in the country.

Given its substantial investments and wide network of industry partners, The Grand Ho Tram Strip is also one of the most prominent US investments in Vietnam, and in the past year, Kelly has played a leading role in supporting the growth of US-Vietnam commercial ties. Notably, in May of this year, Kelly was honoured to be part of an investment promotion event attended by President Obama during his historic visit to Vietnam, during which The Grand Ho Tram Strip’s partnerships with domestic giants CotecCons and VietJet were featured.

Kelly also serves as the chairman of the tourism committee for the AmCham in Vietnam. In the several short months since his appointment in September 2016, he has already made his mark in this role through his work with The Grand Ho Tram Strip in support of the government of Vietnam’s tourism promotion and investment expansion initiatives.

The article "The Grand Ho Tram Strip’s Michael Kelly elected to board of Amcham Vietnam" was originally published on https://www.talkvietnam.com/2016/12/the-grand-ho-tram-strips-michael-kelly-elected-to-board-of-amcham-vietnam/ 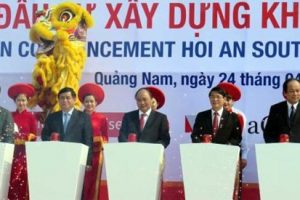 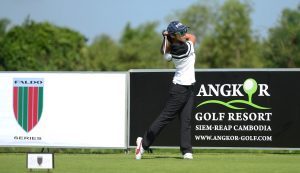 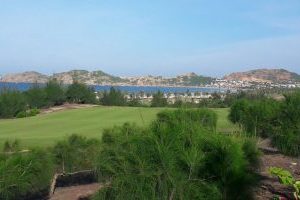 Vingroup subsidiary eyes $40.25 million Can Gio golf project
Rivals like what they saw from Tiger in comeback round