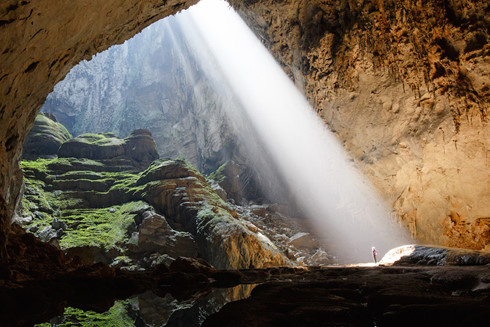 Vietnam has 17 UNESCO-recognised sites and heritages. This reflects the beauty of Vietnam’s natural landscape and the richness of its culture.

These 17 UNESCO-recognised heritages are scattered throughout Vietnam. Hue’s Ancient Citadel was recognised by UNESCO as a World Cultural Heritage Site in 1993. Ha Long Bay was recognised as a World Natural and World Geological Heritage site in 1994 and 2000, respectively. Hoi An Ancient Town and My Son Sanctuary were recognised in 1999.

In 2003, Phong Nha Ke bang National Park was listed as a World Natural Heritage Site and seven years later, Thang Long Imperial Citadel also joined the list. Then in 2011, it was the turn of the Citadel of the Ho Dynasty. Trang An Relic Complex with its rich flora system, primeval forest and eco-system was then recognised as a World natural and Cultural Heritage site two years ago.

Vietnam has nine intangible culture heritages listed by UNESCO. Hue royal court music was Vietnam’s first UNESCO listed heritage in 2003. This genre of music was played in royal courts for more than 10 centuries.

In 2009, UNESCO also recognised the worship of Hung Kings and southern amateur singing. In 2010, the Saint Giong festival in Phu Dong and Xoan singing of Phu Tho province became intangible cultural heritages of humanity in urgent need of protection.

Vietnam also has three documentary heritages recognised by UNESCO. They include Woodblocks from the Nguyen Dynasty-34,618 wooden plates which were engraved with Han-Nom scripts and used to print books in Vietnam in the 19th and 20th centuries.

So is Vietnam neglecting a veritable goldmine of UNESCO sites and cultural facets? Some heritage sites are attracting a vast number of domestic and foreign tourists, including Ha Long Bay in the north, plus Phong Nha-Ke Bang national park, Hue ancient citadel, Hoi An ancient town and My Son Holy land in the central coast provinces.

However, it has been nearly two decades since an initiative was started to promote Central Vietnam under the title of the World Heritage Road and the project has since petered out.

The World Heritage Road stretches from Vinh to Dalat via Hue, Danang, Hoi An, and Nha Trang. It runs for around 1,500km along National Highway 1 skirting the coast of Central Vietnam.

The moniker is derived from the fact that the route encompasses no less than three UNESCO-designated World Heritage Sites: the sixteenth century silk route trading port of Hoi An, My Son valley with the sacred remains of the ancient Cham civilization, and the ancient imperial city of Hue.

More world heritage sites have been recognised since the route was first inaugurated, including Phong Nha-Ke Bang National Park in Quang Binh province and Ho Citadel in Thanh Hoa province.

However, not many hotels have contributed funds or effort and the World Heritage Road lacks enough human resources to be successful. In addition, although tourism authorities in the three provinces have pledged to work together, there have been no meaningful collaborations to promote the area under one banner.

Tourism in central Vietnam has developed rapidly over the last few years with double-digit growth figures year after year. As a result, big name hotel developers and operators have been encouraged to come to the area and open new properties.

According to Nguyen Thi Ngoc, managing director of Viet Heritage Travel, the central coast Vietnam is not only famous for its beach destinations, but also offers a lot of cultural attractions as well as international golf courses, plus shopping.

“The Heritage Road sites are not explored effectively and systematically. It seems that the central coast provinces can hardly keep pace with tourism demand. For a long time the unhealthy competition among provinces along the central coastline has caused bad effects. Each province promotes their sites in an ‘every man for himself’ style”, she warned.

It is clear that Vietnam has much to offer, but in regards to heritage potential, the country is underselling itself.

Vietnam must create attractive heritage tours to provide tourists outstanding experiences and give them deeper knowledge about Vietnam’s culture and people.

The article "Untapped UNESCO potential" was originally published on http://www.talkvietnam.com/2016/05/untapped-unesco-potential/ 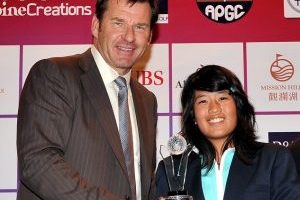 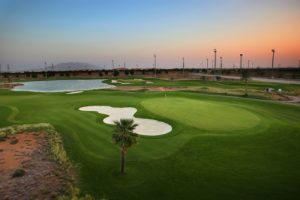 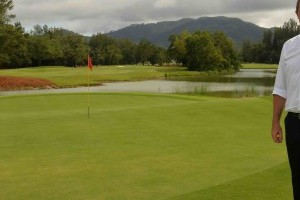