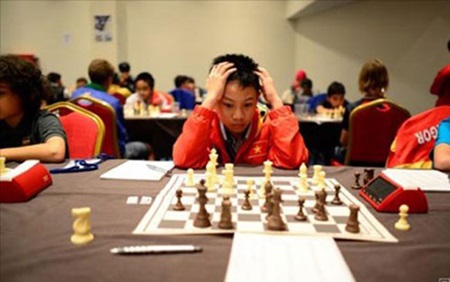 Vietnamese chess player Nguyen Quoc Hy lost his top position in the Boy’s U10 category after losing to Wang Justin of the US in the seventh round at the ongoing World Youth and Cadets Chess Championships in Greece.

Hy has 5.5 points after seven matches to rank fifth.

He will next play Tadic Stefan of Serbia, who also has 5.5 points.

The other Vietnamese representative Tan Huynh Thanh Truc is in fifth place in the Girls’ U12 event with six points.

The championships conclude on November 5.

My defends her title at national golf open

Nguyen Thao My defended her title at the Viet Nam Ladies Amateur Open Championship 2015 which wrapped up at Da Lat Palace Golf Club in Lam Dong Province on Sunday.

The 17-year old defeated Hanako Kawasaki of Japan to triumph at the event which attracted about 200 athletes.

My won the same event last year at the age of 16.

She was part of the five-member national team competing in the 28th Southeast Asian Games in Singapore in June.

The event drew the participation of 34 countries and territories over the world.

After this tournament, Viet Nam will take part in the 15th Women’s World Petanque Championship on November 4-8 at the same venue.

Vietnamese disabled athletes in the swimming and weightlifting teams will leave for Japan today for a short training session.

Sponsored by the Japan Sports Association for the Disabled, they will have a chance to train and compete with Japanese athletes in Miyagi and Oita until November 10.

Viet Nam’s training is part of “The Sport for Tomorrow” programme, a Japanese government-initiated programme to promote international co-operation through sport.

U21 players summoned for international event

National U21 champions Ha Noi T&T contributed 13 members to the national U21 team who will compete at an international tournament later this month.

Eight defenders, four midfielders and one striker have been selected from the team including Pham Van Thanh.

They will be coached by Pham Minh Duc, also from Ha Noi T&T and will start training in HCM City this week.

It will be organised at the HCM City’s Thong Nhat Stadium on November 20-29.

Another Vietnamese player Pham Cao Cuong lost to a player from Bahrain in the tournament’s second round.

After this US$5,000 tournament, Trang, Cuong and Nguyen Tien Minh will compete in the Bahrain International Challenger that will be held from November 3 to 7.

The City’s players pocketed two out of the four gold medals.

Their second gold was in the mixed triple (two men-one woman) event after their 13-7 win over the hosts. Soc Trang 1 and Soc Trang 2 shared the third place.

Bac Lieu and Tra Vinh claimed the rest of the golds in the men’s triple and mixed triple (two women-one man), respectively.

The championships saw nearly 120 athletes from 11 cities and provinces competing for honours.

The article "Hy loses his top position at world chess event" was originally published on http://english.vietnamnet.vn/fms/sports/145348/hy-loses-his-top-position-at-world-chess-event.html 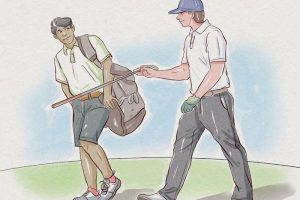 CADDIES Grassroots of any course 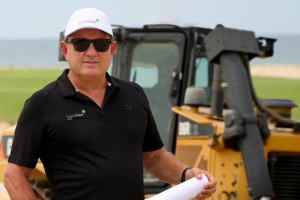 THE MAN BEHIND THE LINKSSHAPE