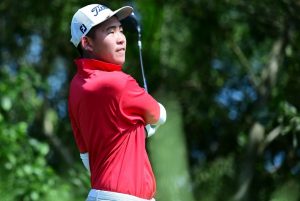 Haikou, China: Fast-rising teenager Chen Guxin will be the player to beat when the 13th Faldo Series China Championship tees-off this week.

With four notable victories to his name in the past 17 months, the 14-year-old schoolboy has sprung to prominence, soaring into the top-10 ranked males in the world’s most populous country.

Fresh from his triumph in last month’s Jack Nicklaus Junior Championship, Chen is now setting his sights on adding to his curriculum vitae with victory in the Faldo Series China Championship, the second leg of the 2018-19 Faldo Series Asia season.

A native of the tropical island of Hainan, Chen is a strong favourite in the 54-hole R&A World Amateur Golf Ranking event that, for the second year in succession, is being staged over the Blackstone Course at Mission Hills Haikou.

Nonetheless, with a host of other outstanding youngsters in the 80-plus strong field this week, Chen knows that he will not be able to show any signs of complacency. All age group winners will qualify for the 13th Faldo Series Asia Grand Final, to be hosted by Sir Nick Faldo at Vietnam’s Laguna Lăng Cô in March, 2019.

Among his main rivals over the Blackstone Course is Chinese Taipei’s 17-year-old Chou Yi-ting, who finished one shot behind Chen in second place at the Jack Nicklaus Junior Championship, where she claimed the girls’ title.

Six-time Major championship winner Faldo, Britain’s most successful golfer, said: “It’s exciting to see the emergence of so many young and talented mainland Chinese golfers. Credit goes to the China Golf Association and Mission Hills for all their efforts in promoting and developing junior golf in the country.

“Mission Hills has played a crucial role in helping to establish the Faldo Series Asia as one of the world’s foremost elite amateur golfing series. My sincere thanks go to the late Dr David Chu and also to Ken and Tenniel Chu for all they have done.”

Tenniel Chu, Group Vice Chairman of Mission Hills, said: “The Faldo Series China Championship is part of the Mission Hills Junior Golf Programme which stages more than 30 tournaments and events each year and has been helping to grow the sport in China for more than two decades.

“We are delighted to be working with Sir Nick on helping to grow the junior game in China and around the region.”

The article "In-Form Schoolboy Aims to Top Class in China Championship" was originally published on https://www.agif.asia/2018/07/in-form-schoolboy-aims-to-top-class-in-china-championship/ 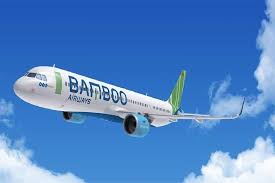