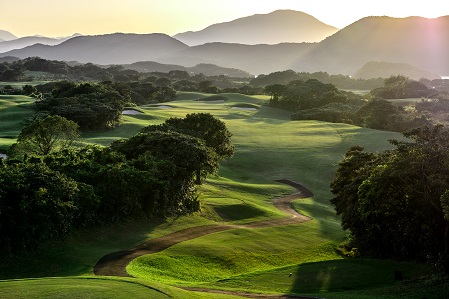 Hong Kong: National squad member Taiga Iwasa will have a point to prove when he tees-off in this week’s Faldo Series Hong Kong Championship.

Last year, Iwasa narrowly missed out on earning a spot at the Faldo Series Asia Grand Final, placing third in the Boys’ Under-21 category in the Hong Kong qualifier.

But in the absence of Yannick Artigolle and Leon D’Souza, the two players who finished above him on the leaderboard, 19-year-old Iwasa will be strongly favoured in the fourth leg of the 2018-19 Faldo Series Asia season over the North Course at the Kau Sai Chau, a Golf Course Facility Member of the Asian Golf Industry Federation.

Once more the Faldo Series Hong Kong Championship is being played in conjunction with the Jockey Club Kau Sai Chau Junior Open presented by now TV and includes categories for players aged 10 and below.

However, it’s the performance of ring rusty Iwasa in the 54-hole R&A World Amateur Golf Ranking contest over the North Course at the Jockey Club Kau Sai Chau Public Course that will be most closely scrutinised.

Although he has maintained a handicap index of +1.8, school commitments have prevented Iwasa from playing too much competitive golf in recent months.

Nonetheless, as the low handicapper in the field he’ll have high hopes of making it through to the 13th Faldo Series Asia Grand Final, to be hosted by Sir Nick Faldo at Laguna Lăng Cô in Danang, Vietnam, in March, 2019.

Among the other leading male contenders are Byron Tan Kit-kan and Christopher Cheng Chung-hei, who like Iwasa form part of the national men’s squad.

A handful of Hong Kong’s Elite Junior Squad are also in the starting line-up, including Alex Zhuo Tian-wei, Lincoln Lau Ching-sum, Ryan Leung Kai-nam and Timothy Chan Nok-him, while Shen Wang-ngai will draw confidence from his success in the Boys’ Under-15 category last year.

Favourites among the girls are Tiffany Wu Nga-wun and Dee Dee Wong Hei-nam while Junior Squad members Jolie Wong Jing-han and Lee Shun-yan will be out to make a good impression.

With a handicap index of 1.1, Wu, a member of the Elite Junior Squad, is anxious to make a return to Laguna Lăng Cô where she placed 16th in the Girls’ Under-16 division this year.

Meanwhile, Wong Hei-nam is looking to go one better than two years ago when she finished runner-up in the Girls’ Under-21 section in the Faldo Series Hong Kong Championship.

Six-time Major championship winner Faldo, Britain’s most successful golfer, said: “It’s good to see so many members of Hong Kong’s national junior squad in the field. Exposure to tournament golf is central to their progress.

“My thanks to Kau Sai Chau and the Hong Kong Golf Association for their continued backing of the Faldo Series and junior golf in general.” 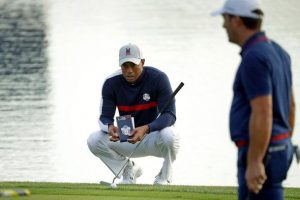 On Golf: For Tiger Woods, a Frustrating Morning and an Afternoon Off 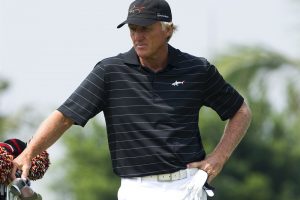 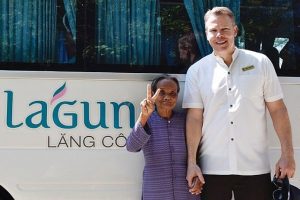