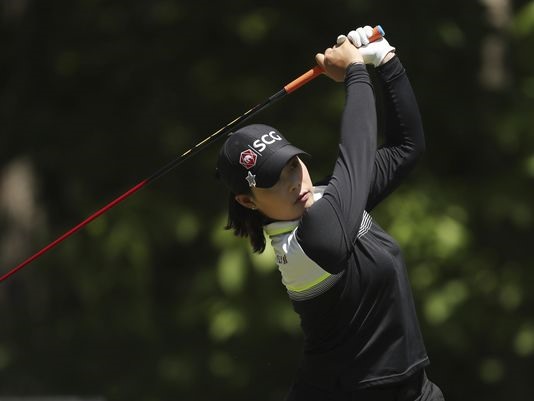 LOS ANGELES — Moriya Jutanugarn, playing with new confidence since her maiden LPGA win last month, had six birdies in a six-under 66 on Thursday to join a four-way tie for the lead at the LPGA Volvik Championship.

Moriya, who had notched 11 top-10 finishes in 2017 before finally breaking through for her first win at the LA Open, missed just one fairway and hit 14 of 18 greens in regulation as she tied her low first-round score of 2018.

She was joined atop the leaderboard by Germany’s Caroline Masson and Americans Danielle Kang and Amy Olson.

“I feel is more relaxed now, and of course I like looking forward for my next one,” Moriya said of vying for a second career title.

“But I just want to set it as a goal and go back to what I have to do every day, every shot, and I think, it’s just more like starting over again”.

Moriya, whose younger sister Ariya won the weather-hit Kingsmill Championship on Sunday, said she’s been working hard on a simple, committed approach to her game.

“Pretty much you just hit the shot, go find the ball, hit another shot,” she said. “If you don’t make (the) putt, just go hit another putt.

Masson emerged with a share of the lead after an eventful round that included six birdies, an eagle and two bogeys.

She said improved putting was the key.

“I played well last week, and my ball-striking was really good and I was struggling a little bit with the putts. Just changed a couple things with my coach earlier this week and it seemed to work,” she said.

“So it was just nice to see a couple go in and played pretty solid overall”.

Masson and Moriya played in the same group. They teed off on 10 and both said they fed off the birdies that abounded.

Masson, seeking her first LPGA win since 2016, eagled the par-five 14th, where she rolled in a 30-footer.

“That was kind of the first really nice putt that I made today,” she said.

“Sometimes it can really get you into a really good round, so it was fun to play like that”.

Kang, like Moriya, had six birdies without a bogey and Olson had seven birdies with just one bogey.

Japanese teenager Nasa Hataoka, who finished runner to Ariya in a playoff at the Kingsmill Championship, was among a group of seven players one shot off the pace on a crowded leaderboard.

Another half a dozen players were a further stroke back on 68.

Defending champion Feng Shanshan, seeking her first title of 2018, endured a tough bogey-bogey finish that dropped her to a tie for 104th, two-over par and eight shots off the lead. — AFP

The article "Moriya among LPGA leaders in Michigan" was originally published on http://vietnamnews.vn/sports/448621/moriya-among-lpga-leaders-in-michigan.html 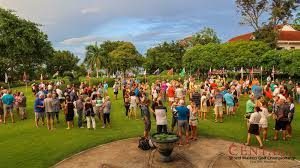 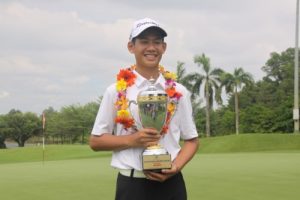 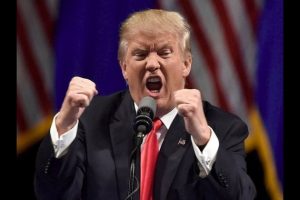 Trump blames US&#039; stupidity for strained ties with Russia