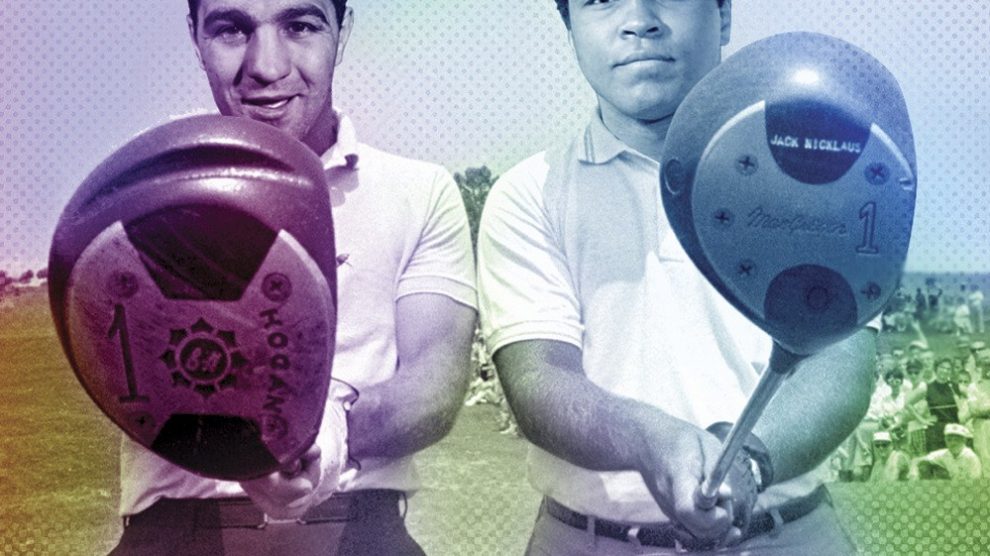 It’s the age-old barroom debate: Who’s the GOAT—the greatest of all time if every player competed against each other in their prime? The golf version will be played out over the next three issues and on golfdigest.com as writers Dan Jenkins, Guy Yocom and Mark Frost deconstruct a qualifying stroke-play tournament at Augusta National through 30 historical 18-hole matches culminating in a final at Pebble Beach, where the U.S. Open will be played this year. The idea was inspired not by last year’s Thanksgiving Pillow Fight known as Tiger vs. Phil, but by a much more ambitious project in the late 1960s called The Super Fight.

Back then, a radio producer broadcast a series of fictional boxing matches to determine the all-time best heavyweight champion, mixing sportswriters’ opinions with data calculated by a second-generation NCR 315 computer. Rocky Marciano beat Jack Dempsey in the final. Muhammad Ali had been defeated in the quarterfinals by Jim Jeffries. Ali cried foul and filed a $1 million lawsuit for defamation of character.

At the time, Ali was in a four-year limbo, stripped of his championship title for evading the Vietnam War and in need of money. He dropped the suit in exchange for a $10,000 fee to “fight” Marciano, who had retired undefeated 14 years earlier. Marciano, then 45 and balding, lost almost 50 pounds and wore a toupee to look younger in their made-for-the-movies match. To create The Super Fight, film was taken of the two sparring for 70 one-minute rounds with several scenarios and the outcome unknown to either fighter, but to be determined by a probability formula devised by the computer. Tragically, Marciano was killed in a plane crash three weeks after the filming finished in 1969. The final cut was kept secret until shown in 1,500 theaters with a sensational $5 million box office the next year. Actually there had been two movies produced with two different endings—Marciano won in the North American release, and Ali won in Europe, both in 13 rounds. Angelo Dundee, Ali’s trainer, famously remarked, “To err is a machine.”

The PGA Tour took a shot at using computer analysis to rank the all-time golfers in the late 1980s. I remember attending a meeting of so-called blue-ribbon golf journalists that included Jenkins, Peter Dobereiner, Al Barkow, Tom Boswell and George Peper. Then-commissioner Deane Beman revealed statistics-based rankings by year. I was sitting next to Jenkins, observing him immediately skip ahead in the report to the year 1953 and slide his finger down the page. Clearing his throat, Jenkins said, “Gentlemen, commissioner? There was never a time when Marty Furgol was better at anything than Ben Hogan, and it certainly wasn’t in 1953. Are you kidding me?”

That was the last meeting we were invited to. The tour went ahead and published the book in 1989. If you look in the back of The History of the PGA Tour, you’ll find this all-time ranking: 1. Sam Snead, 2. Jack Nicklaus, 3. Arnold Palmer, 4. Ben Hogan and 5. Billy Casper. Perhaps indicating a flaw in the computer system, if you turn to one of golf’s greatest years, 1953, when Ben Hogan won the Masters, U.S. Open and British Open, you’ll find Doug Ford ranked No. 1—and Hogan No. 14, right behind Marty Furgol. And by the way, the computer ranked Bobby Jones 22nd in 1930, his Grand Slam year. As Angelo Dundee said, “To err is a machine.”

So our GOAT Invitational—now done 30 years after the PGA Tour’s effort, and 50 years after The Super Fight—isn’t based on “random number generators,” “step regressions” or “statistical reductions.” We threw out the computer and went with the collective knowledge of Golf Digest’s editors who have witnessed first-hand the evolution of players, equipment and courses. We took into account character, courage, killer instinct and the ability to get up after being knocked down—just as important on a golf course as in a boxing ring.

When we get to the final match, I’ll let you in on a secret—there’s a twist ending inspired again by The Super Fight. Mark Frost will write two stories with different results, and you’ll get to pick the ultimate winner.

The article "The inspiration behind The GOAT - Golf Digest" was originally published on https://www.golfdigest.com/story/the-inspiration-behind-the-goat 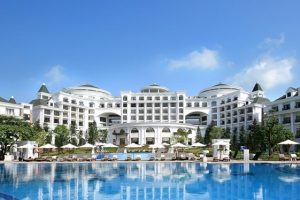 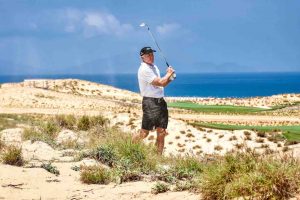 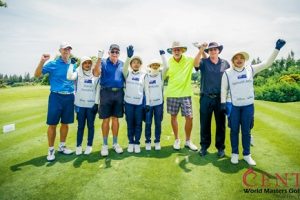 The inspiration behind The GOAT
Vietnam Investment Review – VIR