Credit growth in the first 2 months has been only 0.77%.
The monetary & credit market is relatively stable, up to 25 February 2019, the total means of payment increased 2.11%; capital mobilization increased 01%, credit for the economy increased 0.77% compared to the end of 2018.
— Vietnam Insider

MPI estimates GDP lower than its low growth scenario
The Ministry of Planning and Investment (MPI) lowered its estimate for Vietnam’s GDP growth to 6.58 percent in the first quarter of this year.
— VietnamPlus

Vietnam promotes pangasius export to the European market.
The target of exporting pangasius this year reached 2.3 billion USD, in which, besides stabilizing exporting to US & China markets as usual, companies are going to boost their exports into European market.
— Vietnam Insider

Bao Viet wins Asia’s most transparent report award
Bao Viet Holdings, a financial and insurance services group of Vietnam, has been honoured as the firm with the most transparent financial report in Asia by the Singapore-based sustainability services provider CSRWorks International.
— VietnamPlus

E-portal about CPTPP launched
The Ministry of Industry and Trade recently debuted a new website available at http://cptpp.moit.gov.vn/ where citizen and enterprises can learn more about the Comprehensive and Progressive Agreement for Trans-Pacific Partnership (CPTPP).
— Viet Nam News

City to host int’l telecom, IT and communications products and services expo
Vietnam ICT COMM 2019, an international exhibition on products, services of telecommunications, information technology and communications, to be held in HCM City in June, will offer local and foreign companies a chance to network and explore business opportunities.
— Viet Nam News

Vietnam has potential to produce speciality coffee
Coffee production areas across many Vietnamese provinces, including Dak Lak, Dak Nong, Son La and Lam Dong, are endowed with crop varieties, weather conditions and soils that are suitable to develop speciality coffee, according to experts.
— VNA NET

Vietnam May Be World’s Fastest-Growing Golf Market
Of the 209 countries around the world with golf courses, the fastest-growing market just might be in Vietnam.
— Forbes

China, Vietnam Regularly Clashing at Sea Despite Diplomacy
A capsized Vietnamese fishing boat that Hanoi says was hit by a Chinese vessel in contested waters is the latest in what scholars call a string of often unreported maritime mishaps between the two sides despite official efforts to get along.
— VOA

February car imports surge
Việt Nam’s import of cars reached 14,134 units in February, worth over US$300 million, according to a report from the General Department of Customs.
— Viet Nam News

Ex-leader of Vietsovpetro to stand trial this month
Tu Thanh Nghia, former General Director of the Vietnam-Russia oil and gas joint venture Vietsovpetro, will face trial on March 21 on charges of “abusing position and power to appropriate assets.”
— VNA NET

Will Vietnam receive ‘new-generation’ FDI?
Vietnamese officials and economists are now discussing what the country needs to do to receive next-generation FDI (foreign direct investment). After 30 years of attracting FDI, the country understands what it has gained and what it should ‘pay’ for capital flow.
— Vietnam Insider

Find our previous morning news feature photos in the AEC News Today Morning News Feature Photos gallery where you will find a pictorial display of daily life throughout the Asean Economic Community (AEC).

Vietnam morning news by AEC News Today is your one stop source for Vietnam news on matters of governance and policies affecting Asean business communities. It is published M-F by AEC News Today: Governance, not government; policies, not politics.

The following two tabs change content below.
Sreypov Men recently completed a course of study in International Relations at the Institute of Foreign Languages.

She commenced as an intern at AEC News Today and was appointed as a junior writer/ trainee journalist on April 2, 2018

The article "Vietnam Morning News For March 12" was originally published on https://aecnewstoday.com/2019/vietnam-morning-news-for-march-12-2/ 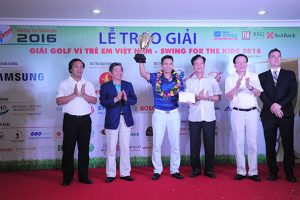 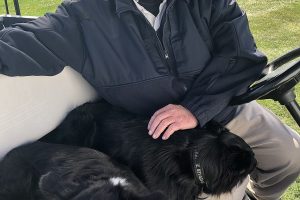