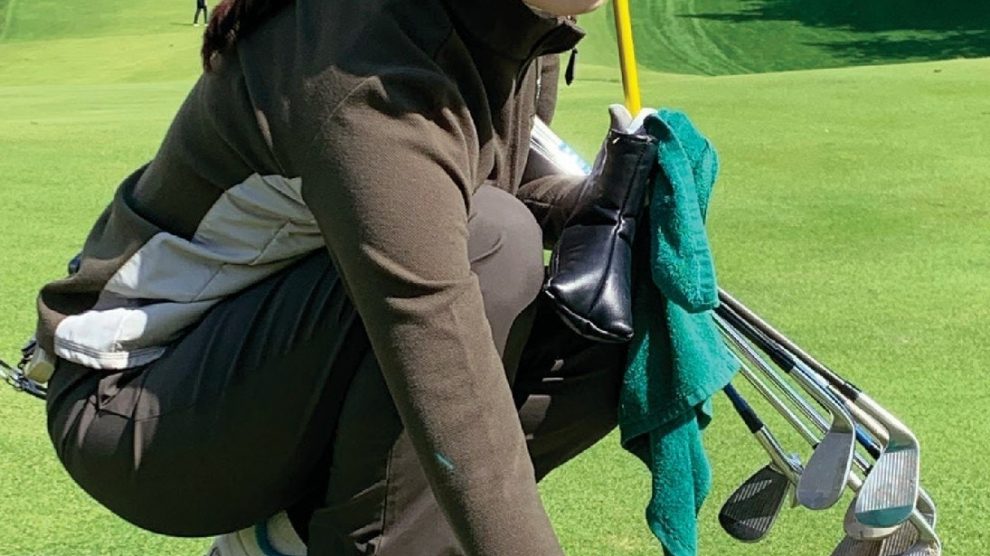 The busiest domestic flight path in the world is over South Korea, between mainland Seoul and the volcanic island of Jeju. Sort of like Hawaii, what you imagine as remote and exotic on a map is more familiar when you land. The tarmac is abuzz with 20 commercial jets. Hotels, gas stations and construction projects lead seemingly everywhere. And judging by the number of popped collars and flat brims waiting on clubs in baggage claim, this is a golf destination on the rise.

While my colleagues were in Japan, where Jason Day would take the skins and Tiger Woods made history, I was in Jeju for the CJ Cup won by Justin Thomas. With Korean golfers winning Rookie of the Year honors on the PGA Tour (Sungjae Im) and LPGA Tour (Jeongeun Lee6) in 2019, and the Olympics set for Tokyo in 2020, there’s so much going on in Asia it’s hard to cover it all.

Yet that’s precisely the ambition of 22 attendees from disparate corners of the golf industry gathered at the second annual Nine Bridges Forum. (Think slide-show presentations followed by discussion and golf, with spicy noodles throughout.) Although the golf nations of the Pacific Rim are under the governing purview of the Royal and Ancient, the sentiment exists that the region needs a strong local leader.

There are many good trends:

1. One-third of all new golf-course projects are in Asia, led by many notables in Vietnam.

2. Golf tourism is just behind medical tourism in Thailand in per-capita spending.

3. The rise of simulator golf and the de-privatization of clubs in Korea is increasing access.

But there are some bad trends:

2. The Chinese government moratorium on new golf-course construction predicated on connections to corruption, real and perceived.

Sponsoring this forum is perhaps one step toward such leadership by the CJ Group, and by extension, Korea. The conglomerate plays a mixed bag of food, entertainment, biotechnology and logistics services, and it owns two golf courses. The Club at Nine Bridges (host of the PGA Tour event) and Haesley Nine Bridges (a likely future host of this same event) are certified by the Golf Environment Organization for their commitment to sustainability. The former’s synthetic sod-face bunkers reduce maintenance, and the latter features a massive artificial rock wall as part of a sophisticated system for erosion and water management. With thick vegetation creeping up the hand-painted, hardened gel, I was fooled.

Another model for the future might be Sentosa Country Club in Singapore. The golf-cart fleet is fully powered by lithium batteries, food and horticultural waste is processed into fertilizer for the course, and a simple edict that every agronomy worker must hand-pick 15 weeds daily before quittin’ time has all but eradicated the need for chemical treatments. As golf confronts the big forces of population, technology and climate set to shape the 21st century, in many ways Asia is already out in front.

Although I doubt the West will adopt the East’s model for caddies. Sharon Park from Nine Bridges (pictured) drove a five-person cart that held four sets of clubs. When she was off finding balls or giving yardages or covertly communicating with the golf shop and other caddies via her Bluetooth earpiece and hand-held radio, she progressed the cart forward along its magnetized path with a remote control. On the greens, she marked, cleaned and replaced the ball of everyone in the foursome with the side stamp pointed to the correct line. And her reads were good. Astonishing as caddies like Sharon are, I think the cultural momentum behind walking and purism typified by places like Bandon Dunes is too strong.

In this issue, you’ll find lots of great content from the great continent. The daughter of Korean immigrants to Australia, Minjee Lee shares her scoring secrets on page 27. Thailand’s Kiradech Aphibarnrat shows how to hit his “king cut” on page 21. The most incredible tale in the issue is by PGA Tour player Xinjun Zhang, born to peasant farmers in China and introduced to golf at 17, when he got a job as a security guard at a private club. After learning by hitting balls on the sly, he endured multi-day journeys by train and bus to start his career.

In a country with only 599 courses for over a billion people, one wonders how many others are as talented and driven.

RELATED: The joy, fear, and occasional humiliation of playing as an amateur in the AT&T Pebble Beach Pro-Am

The article "What American golf can learn from Asia" was originally published on https://www.golfdigest.com/story/what-american-golf-can-learn-from-asia