VietNamNet Bridge – Building more golf courses to develop tourism is believed to be one of the ways for poor provinces to develop local economies.

A major golf tournament – 2016 BRG Golf Hanoi Festival – will be held in late November in Hanoi with the advertisement that it aims to promote the tourism sector.

The organization board will join forces with large travel firms to bring hundreds of golfers, both professional and amateurs, from many countries to Vietnam.

The golfers can choose packages of ‘Stay and Play’ program, i.e playing golf and staying at 5-star resorts owned by the festival’s major partners.

In Vietnam, investors began talking about golf tourism a long time ago. However, the tourism sector still cannot develop for many reasons.

In poor provinces in the central region, golf course projects once faced strong opposition from people, who complained that they would lose land for cultivation and believed that golf courses, which entertain the affluent, should not be set in poor localities.

An official of the Vietnam Golf Association said he doesn’t think poor provinces should prioritize rice cultivation. He said that Vietnam, with a long coastline and beautiful landscapes, can only attract 10 million foreign travelers every year.

He said that Vietnam won’t be able to compete with Thailand and Malaysia if it doesn’t have attractive tourism products.

Building more golf courses to develop tourism is believed to be one of the ways for poor provinces to develop local economies.

In central provinces, people have been cultivating on infertile land for many years and receiving low yields. Changing the economic structure is a precondition to escape poverty.

This is why the leading hotel and resort groups in Vietnam have invested in many golf projects. BRG, for example, has four golf courses, FLC and Vingroup have three out of 40 golf courses throughout the country.

The senior executive of a Hanoi-based travel firm said that with the tropical monsoon climate and lots of sunshine, Vietnam is suited for outdoor sports activities. However, Vietnam cannot attract foreign travelers with just marathon or sailing races in Mui Ne and Da Nang.

This explains why more golf courses have been built, including ones designed by Jack Niclaus and Greg Norman.

The executive cited a report by Sports Marketing Surveys as saying that Asia has with the second largest number of golf players in the world, just after the US.

A high proportion of foreign travelers to Vietnam are from South Korea and Japan, which have a high number of golf players.

The article "Will golf courses attract tourists in poor provinces?" was originally published on http://english.vietnamnet.vn/fms/business/167207/will-golf-courses-attract-tourists-in-poor-provinces-.html 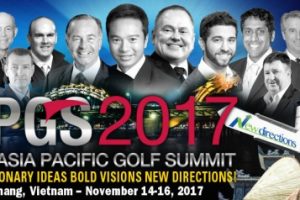 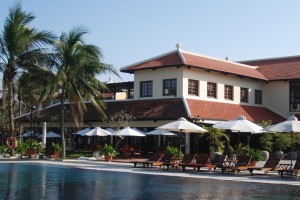