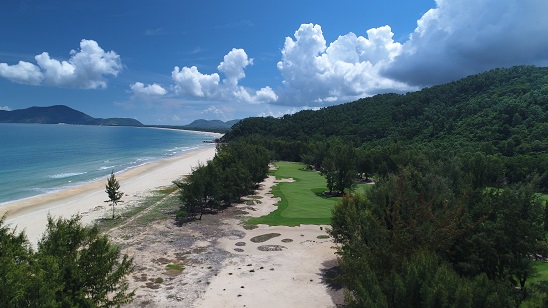 Looking down the ninth fairway from the new tee box with spectacular views of the beach running alongside the East Sea.

According to Adam Calver, Laguna Golf Lăng Cô’s Director of Golf, participants can expect to be severely examined in the third Grand Final to be staged at the layout sculpted by Faldo Design, an Associate Business Member of the Asian Golf Industry Federation.

“With some new tees, the golf course now provides some very distinct angles and elevations never before seen at Laguna Lăng Cô. Several of the new tees were always part of Sir Nick Faldo’s vision and a few others have just manifested themselves as we reviewed the playability and aesthetics of each hole,” said Calver, whose team have produced immaculate playing conditions.

He added: “Players in this year’s Faldo Series Asia Grand Final will have to adjust their game from past years as our fairways are tighter and our greens are firmer and faster than the past two events.

“The tighter fairways will demand the players maintain accurate distance control to avoid rolling into bunkers or hazards. This will also allow them to control the ball more on approach shots from the fairway. Ball position on the greens will make all the difference.”

Further adding to the appeal of the course, several of the coastal holes have been opened up to reveal more views of the beach running alongside the East Sea. “The coastal winds will play more of a factor on holes seven, eight, nine and 10,” predicted Calver, who is delighted at the progress that has been made on the course over the past 12 months.

He said: “Our Golf Course Maintenance and Landscape Teams have truly stepped up their game. We are producing conditions that just a year ago seemed a decade away from achieving. We have entered March in a better condition than our peak in 2018. This allows our teams to truly dial in the fine details ahead of the Grand Final. Our main objective in 2019 is to deliver pure and firm playing surfaces that are on a par with the best courses in the world.

“We are excited to welcome Sir Nick back on site next week to discuss and finalise the phase two plans for the course. We are considering a few more tees and adjusting some bunkers.

“There are also the ever-expanding rice fields on holes three and four. Sir Nick was impressed with the additional three hectares of rice paddies we installed last year and we have now restored a few more behind the 13th green that had been abandoned in past years.” 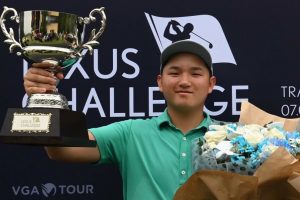 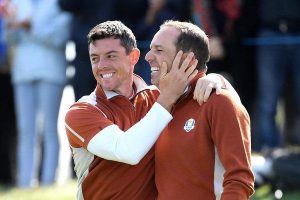 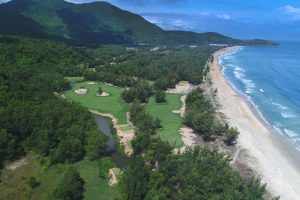