Foreign reporter who writes about a variety of subjects
February 1

It wasn’t hard to see why. In the latter part of the 20th century, Singapore underwent rapid economic development, transforming from poor country into a first-world nation — all under the leadership of authoritarian leader Lee Kuan Yew. Kim, who hopes for a similar rate of development while retaining tight political control, was visibly dazzled by the glistening mega-city.

Now, a second summit is tentatively scheduled to take place in late February. And though the exact location has not been announced, it is widely expected that this second summit will be held in Vietnam. “We’ll do it some place in Asia,” Secretary of State Mike Pompeo said Wednesday during an interview with Fox News. “I am dispatching a team there.”

CNN reported Thursday that the administration was in the process of finalizing a summit in the coastal city of Danang, Vietnam. Local officials have repeatedly said they are open to hosting a meeting between Trump and Kim.

If the reports of Vietnam are accurate, this second location would carry a lot of symbolic weight. It shares much of the appeal that Singapore may have for North Korean leaders — though for the United States, the history may be somewhat awkward.

Vietnamese military honor guards march during a flag-raising ceremony at Ba Dinh Square in front of the Ho Chi Minh Mausoleum in Hanoi on Sept. 25. (Linh Pham for The Washington Post)

In practical matters, Vietnam is an obvious choice. It is relatively close to North Korea, for example, which means that Kim can get there without the need for a layover or borrowing a plane that can travel long distances. It is also nonaligned and has diplomatic relations with both Pyongyang and Washington, making it convenient to host their leaders.

And, like Singapore, the country has a tale for North Korea to tell: how a communist-run country wrought the economic rewards of going from an avowed enemy of the United States to a friendly partner.

Both Vietnam and North Korea have the legacy of a brutal Cold War conflict against U.S.-led forces. From the 1950s until 1975, Vietnam and the United States fought in a war in which 58,000 U.S. service members and hundreds of thousands of Vietnamese civilians were killed.

A view of My Khe beach on Jan. 26 in Danang, Vietnam. (Linh Pham/Getty Images)

A view of the Hyatt Regency Danang Resort on Jan. 27. President Trump stayed there and hosted an event to sign a proclamation honoring Vietnam War veterans during the 2017 Asia-Pacific Economic Cooperation meeting. (Linh Pham/Getty Images)

The city of Danang was a hub for the U.S. military and its South Vietnamese allies during the Vietnam War, before falling to communist forces in March 1975. Now, it is an economic hub for central Vietnam, enticing millions of foreign tourists each year to its sandy beaches, luxury hotels and — perhaps no coincidence, given the current U.S. president — numerous golf courses.

Much of the change in Vietnam can be attributed to its Doi Moi (renovation) policy of economic reforms put in place in 1986. These measures aimed to create a “socialist-oriented market economy” and led to a boom in private industry, resulting in a growing export-led economy while keeping the Communist Party in power.

Indeed, Kim is probably hoping for a similar trajectory — although, presumably, a little quicker. And there he may be in luck, as Vietnamese officials seem to be willing to help him out. North Korean Foreign Minister Ri Yong Ho visited Vietnam late last year, in part to study the Doi Moi reforms.

While visiting the Vietnamese capital of Hanoi last July, Pompeo suggested that North Korea needed to follow in the steps of Vietnam.

“In light of the once-unimaginable prosperity and partnership we have with Vietnam today, I have a message for Chairman Kim Jong Un,” Pompeo said. “President Trump believes your country can replicate this path. It’s yours if you’ll seize the moment. The miracle could be yours; it can be your miracle in North Korea as well.”

Not everyone is convinced that Vietnam provides a clear model for North Korea. Observers of the two countries note that while Vietnam is not a democracy, it is not led by a single strongman, either. Run by a sometimes contentious elite, the country has no real cults of personality — a potential problem for a third-generation dynasty autocrat like Kim.

For North Korea, the division of the Korean Peninsula after World War II also presents unique economic issues. “Opening up to South Korean and foreign capital will bring more normal North Koreans in its factories up to speed on just how backward their country is compared to the allegedly semi-colonial South,” Peter Ward, a columnist at NK News, wrote last year.

Still, it’s easy to see why the Vietnam model would be appealing to Kim. The country is more comparable to North Korea than Singapore in terms of scale and history; it doesn’t come with the baggage that most other major nations in the region would have if they were to host North Korea.

And moreover, Vietnam is one of the few nations on earth that can justifiably say it defeated the United States in a war. Even if North Korea ultimately makes amends with the United States and rejoins the international community, modeling its reform on Vietnam will allow the Kim dynasty to claim something it has wanted for decades: victory.

Most South Koreans think Moon, not Trump, is leading the way on North Korea talks

What South Korea’s Moon has but Trump does not: A sky-high approval rating

The article "Analysis - A Trump-Kim summit in Vietnam would carry major symbolism for North Korea" was originally published on https://www.washingtonpost.com/world/2019/02/01/trump-kim-summit-vietnam-would-carry-major-symbolism-north-korea/ 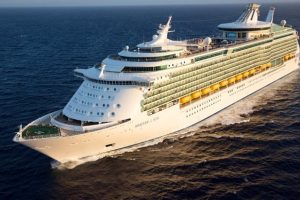 Chan May Port welcomes Mariner of the Seas cruise ship 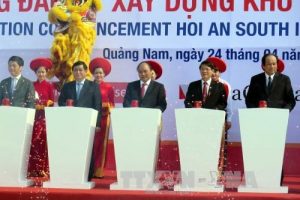 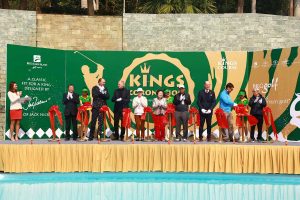