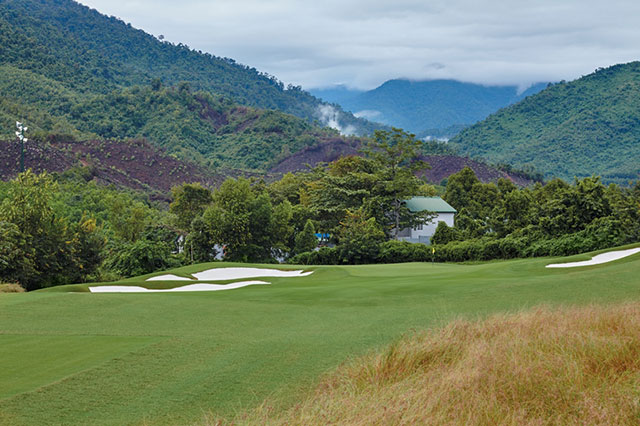 The course will feature 18 tour-caliber holes at the foot of a towering mountain range less than half an hour’s drive from Da Nang, Vietnam’s fourth largest city and the gateway to three other designer courses built within the past seven years in the central region.

“This is an important addition to one of the best new golf destinations in Asia,” said Mr. Donald, who has competed all over the world since turning pro in 2001 and held top spot in the rankings between May 2011 and March 2012.

Ba Na Hills GC lies at the foot of a towering mountain range just outside of Danang, Vietnam

The 7,858-yard course – the longest in Vietnam – also comprises a non-stop succession of undulating and sometimes small greens and is capable of testing even the world’s best golfers.

Unlike Colin Montgomerie’s Montgomerie Links (2009), Greg Norman’s Danang Golf Club (2010) and Nick Faldo’s Laguna Lang Co (2013), Ba Na Hills Golf Course – which Luke Donald designed in conjunction with IMG – is away from the coastline and at elevation, making for a cooler setting typically absent of wind.

“I think people are going to really be taken by the diverse mix of natural topography and vegetation out here as well,” said Mr. Jack Hedges, General Manager of the course.

“From rose lily trees to wispy redtop grass, there’s an incomparable beauty to the landscape, especially with the Truong Son Mountains always looming.”

The most breathtaking view comes at the Par 3 12th hole, where an elevated tee box reveals a dense forest stretching as far as the eye can see beyond the bunker-guarded target.

Ba Na Hills Golf Club is managed by IMG and owned by the Sun Group, one of the leading investors in Vietnam.

Other hospitality projects in its portfolio include the InterContinental Danang Sun Peninsula Resort, Novotel Danang Premier Han River, and Ba Na Hills Mountain Resort, the site of the longest, single-wire cable car system in the world.

The article "Ba Na Hills Golf Club to open in March" was originally published on http://english.vietnamnet.vn/fms/sports/151677/ba-na-hills-golf-club-to-open-in-march.html 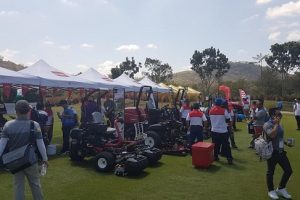 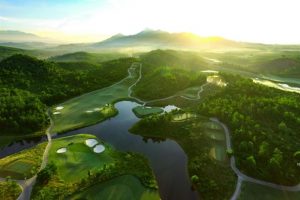