Vietnam earlier this month, for the second time in four years, was named Golf Destination of the Year for Asia & Australasia by the International Association of Golf Tour Operators (IAGTO).

In the last 12 months, several courses have opened, including Vinpearl Golf Phu Quoc on the island of Phu Quoc, Sky Lake Golf Club near Hanoi, and the 27-hole Tan Son Nhat Golf Club next to the airport in HCM City.

Vietnam’s rise as a golf destination unofficially began in 2007, when some of the country’s top courses and hotels prompted IAGTO to vote it Undiscovered Golf Destination of the Year.

The addition of those courses, as well as Nick Faldo’s stunning Laguna Lang Co just north of Da Nang, helped Vietnam garner Golf Destination of the Year for Asia & Australasia for the first time in 2012.

The IAGTO awards were established in 2000 to reward exceptional contributions to golf tourism. IAGTO’s 450-plus golf tour operators from 60 countries voted for five regional winners around the world based on criteria such as customer satisfaction, quality of golf courses and accommodation, value for money, professional conduct of suppliers, amount of support from the local tourism industry and accessibility to tee times.-VNA

The article "Bản in : Vietnam named top golf spot in Asia" was originally published on https://www.talkvietnam.com/2017/03/ban-in-vietnam-named-top-golf-spot-in-asia/ 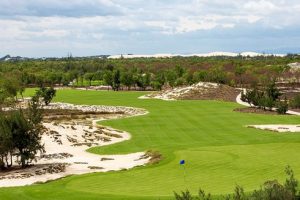 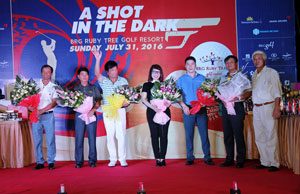