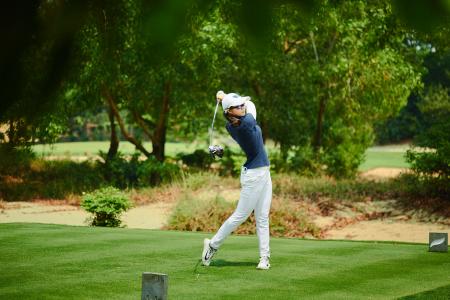 Chang Hsin-chiao is relishing the prospect of facing off with Chinese Taipei compatriot Chen Ting-yu and Indian Keshav Mishra in what promises to be an intriguing final-day showdown at the 13th Faldo Series Asia Grand Final.

“I’m playing well and I think I have a good chance to win,” said the ambitious 16-year-old, who has set herself the goal of making it onto the LPGA Tour by the time she’s 18.

Runner-up in the Girls’ Under-16 category here last year, Chang carded a second round of one-under-par 70 at the award-winning, Sir Nick Faldo-designed Laguna Golf Lăng Cô layout in Central Vietnam.

That gave her a 36-hole total of four-under 138 – one stroke behind Mishra (68) and two adrift of pace-setting Chen, who followed an inspired opening 65 with a workmanlike even-par 71.

“We’re friends, but I’ve never played a round of golf with him (Chen) before,” said Chang, who is paired with Chen and Mishra in the final flight for Friday’s closing round.

Chang, who is based in Korea where she attends the GolfZon Elite Academy, is aiming to become the second successive female winner of The R&A World Amateur Golf Ranking event. Following her triumph last year, Japan’s Suzuka Yamaguchi has earned playing rights on the LPGA Tour.

“After going 11 years without a girl winning the overall Faldo Series Asia Grand Final, it’s fabulous that we have Hsin-chiao playing alongside Ting-yu and Keshav in the final round. I’m looking forward to seeing how it unfolds,” said six-time Major champion and tournament host Sir Nick Faldo, who staged a second clinic for tournament participants after the second round.

Although Chen (Boys’ Under-18) and Mishra (Boys’ Under-21) have comfortable leads in their respective age group categories, both felt a tinge of disappointment.

Lacking the short-game sharpness he displayed on day one, Chen said he was fatigued.

“I’m feeling tired and I need a good sleep. As well as that there were some tough pin locations and I had trouble reading the greens,” admitted Chen, who is bidding to become the first male from his country to claim overall honours in the Faldo Series Asia Grand Final and write his name into the record books as the first player to hold the Faldo Series Europe and Asia Grand Final titles simultaneously.

For his part, Mishra was left to rue a three-putt bogey at 16 that cost him a share of the lead. “That’s the one thing I regret. Apart from that, I’m pretty happy with how I’m playing,” said the 20-year-old from Mumbai, whose round was highlighted at the short, par-four seventh where he came close to an improbable hole-in-one.

His drive flew almost 280 yards, pitching at the front of the green and rolling to within three feet of the flag. He duly tapped in for an eagle-two. “If I’m to have a chance of winning, I’ve just got to repeat the way I’ve played the first two days,” he said.

Chinese Taipei’s Chen Ling-jie, who leads the Girls’ Under-21 division, and Girls’ Under-16 participants Thai Kan Bunabodee and America-based Singaporean Yoko Tai are all on two-under 140.

Meanwhile, Miguel Armando Ilas of the Philippines and Thailand’s Weerawish Narkprachar share top place in the Boys’ Under-16 category on 145. 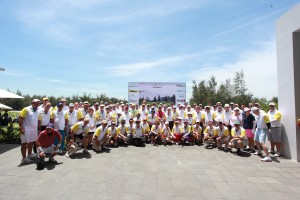 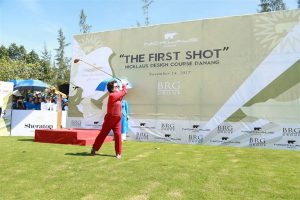 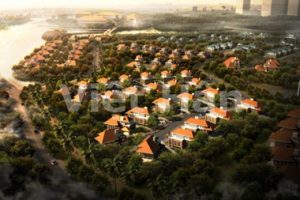 Nick Taylor excited for challenge of Copperhead Course at Valspar Championship
At Valspar, Dustin Johnson right where he usually is