Changing the golf landscape in Asia 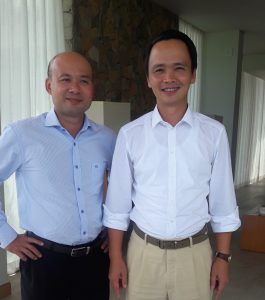 The chairman of the company managing FLC Quy Nhon Golf Links, last month jointly named as best new course in Asia Pacific, has predicted its parent company’s projects along Vietnam’s coast will “change the landscape” of golf resorts and golf tourism in Asia.

Luu Duc Quang, who has helped guide Biscom Golf Management Joint Stock Company and parent FLC Group to become the world’s largest golf resort developer with current projects valued at more than $US1 billion, predicts Quy Nhon in south-central Vietnam, where one of its four new golf resorts is located, will become a tourism destination like Phuket, Thailand, in the future.

“We want to create a whole new experience and be the leader in changing the landscape [of golf resort development],” he says. “With a new 5-star FLC hotel being built in the city of Quy Nhon, plus FLC Quy Nhon Beach and Golf Resort [on the nearby island of Nhon Ly], we see Quy Nhon becoming a popular tourism destination in Asia.”
The Nicklaus Design layout, which opened for play in late 2015, was named one of three best new courses in Asia Pacific at last month’s Asian Golf Awards in Hua Hin, Thailand.

In July, Mr Quang was named by Golf Inc. as one of the world’s 20 most powerful people in golf, while FLC Group chairman, Trinh Van Quyet, was presented with a special vision award at the APGG awards. It described the development of golf courses in Vietnam as “a bold initiative [by] an entrepreneur to introduce golf to Vietnam and invest in the tourism potential of golf and offer employment opportunities to the Vietnamese population.”

So far, two resorts – at Sam Son, south-east of Hanoi, and Quy Nhon – have opened. Another at World Heritage-listed Halong Bay is under construction, a fourth multi-course project at Quang Binh is scheduled to start construction in early 2017, a fifth is planned for Haiphong and a second course at Quy Nhon will open early next year.

The total investment at the five locations will easily exceed $US1 billion.
These and other planned developments will bring to 20 the estimated number of new courses FLC Group plans building along the Vietnam coast by 2020. They will be home to some 5000 villas, as well as condominiums, the sale of which is expected to be finalised within 18 months of completion.

Mr Quyet, a lawyer in his early 40s, launched FLC Group 15 years ago. He and Mr Quang, who comes from a finance background, have guided FLC to become a leader in residential and commercial real estate projects in Vietnam that include apartment towers, shopping centres, industrial parks and leisure resorts.

Mr Quyet says FLC will be a long-term owner of each golf resort, not a developer with a limited ownership time frame as has been common in other golf and residential projects in and near Danang.

“We have a close connection to golf and to real estate, which is FLC’s prime business,” he explains. “With so many desirable locations along the coastline in Vietnam, there are numerous opportunities to develop resorts. That is why our projects are outside major cities.”

He says Vietnam is much less advanced in golf resort development than most other countries in Asia, especially Korea and Thailand, and is well behind the cycle in the United States and other developed markets where the number of golf courses is declining.

“What is happening in the US doesn’t concern us,” Mr Quyet says. “We see great potential to attract golf tourists from those and other markets, as well as local Vietnamese.

Both Mr Quyet and Mr Quang expect international flights to begin servicing Quy Nhon, a city with 300,000 population, in the near future – possibly as soon as next year.
Mr Quang says, “it is totally feasible” for the company to build 20 new courses, including those already existing, within the next four years.

The initial Nicklaus Design course at Quy Nhon was completed in five months, with handover two months later, and the new Mountain Course being designed by Schmidt-Curley will be completed in the same time frame.

As well as golf, the new FLC Quy Nhon Beach and Golf Resort is offering visitors a full range of water activities, including kayaking, diving, jetskis, fly-boating, parasailing, sunset cruises, speedboats and a yacht will soon arrive at the resort for guests’ use.

The article "Changing the golf landscape in Asia" was originally published on http://www.asiantravelmedia.com/changing-golf-landscape-asia/ 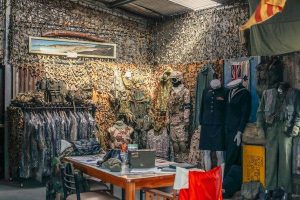 In Australia, a 9-Hole Retreat That’s Cost-Fee for War Veterans

BRG Group, the most dynamic developer and owner of golf courses in Vietnam, shines at 2016 Asian Golf Awards 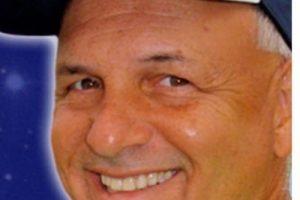 The facts about Asian Golf Tourism revealed at APGS