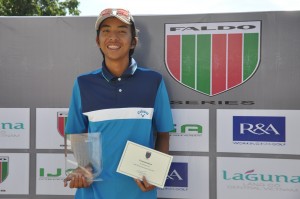 Lanz Uy was the overall winner of the Faldo Series Philippines Championship at Eagle Ridge.

Manila, Philippines: Lanz Uy survived a late bout of the jitters to emerge triumphant in the ninth edition of the Faldo Series Philippines Championship.

In a nail-biting finale over the Faldo Course at Eagle Ridge, Uy withstood the challenges of Carlo Villaroman, Liam Cully and Diana Araneta to take top honours in the second leg of the record-breaking 2016-17 Faldo Series Asia campaign.

In testing conditions, Uy was a worthy champion, being the only player in the field to break 80 twice in the 54-hole event that receives points for the R&A’s World Amateur Golf Ranking.

Three shots off the pace being set by Araneta heading into the final round, Uy wiped out the deficit over the front nine, which he covered in one-over 37.

Thanks to hard-earned pars at 10 and 11, Uy then forged ahead. But with victory now in sight, the leader began to wobble.

As conditions toughened, Uy carded four bogeys and a double-bogey five at the par-three 17th to limp home in 42 for a round of 79 and a three-day aggregate of 240.

Although Villaroman made up five shots on the leader over the final five holes to match Uy’s 79, it was not quite enough and he had to settle for second place behind Uy in both the Boys’ Under-18 category and in the overall standings.

Villaroman was left to rue two costly holes – the short third where he ran up a triple-bogey six and the 10th, at which he could only manage a double-bogey.

Cully and Araneta were also left to ponder what might have been.

Like Uy and Villaroman, Cully signed off with a 79 but was edged out of second place on a countback and will look back on two final-day sevens on his card as the decisive moments.

Meanwhile, it was a slow start to the back nine in the final round that put paid to Araneta’s hopes of overall victory. From the 10th to the 16th, she dropped eight strokes. Despite a strong finish, she had left herself too much ground to make up.

However, there was consolation for Araneta who topped the leaderboard in the Girls’ Under-21 section to win a place in the 11th Faldo Series Asia Grand Final, to be hosted by Sir Nick Faldo at Laguna Lang Co in Danang, Vietnam, in March, 2017.

“My thanks go to the Junior Golf Foundation of the Philippines for all their work in promoting the game for youngsters and my congratulations to the age-group winners. I look forward to spending time with them at Laguna Lang Co early next year.”

The article "Lanz Lands Victory in the Philippines" was originally published on http://www.agif.asia/2016/05/lanz-lands-victory-in-the-philippines/ 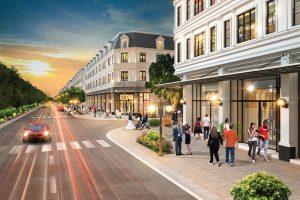 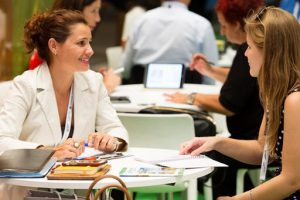