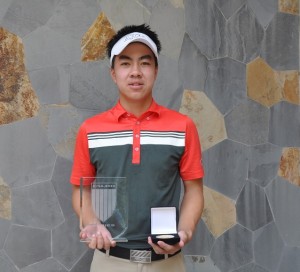 Putt Sridama prevailed in a play-off at the Faldo Series Thailand Championship.

In a dramatic denouement at Watermill Golf and Gardens, Putt prevailed in extra-time against Nopparat Panichphon in the third leg of the record-breaking 2016-17 Faldo Series Asia campaign.

It was Putt’s second triumph in four years in the Faldo Series Thailand Championship, having also emerged victorious at the Panorama Golf and Country Club in 2013-2014.

The following season, Putt had the distinction of winning the Faldo Series Cambodia Championship at the Angkor Golf Resort.

Now aged 17, Putt is the only player in the history of the Faldo Series Asia to have won two different national qualifiers.

Six-time Major champion Sir Nick Faldo, said: “Congratulations to Putt on another outstanding performance. He has an astonishing record in the Faldo Series Asia over the past four years.

Thanks to his latest triumph, Putt will lead a five-strong Thai contingent to the 11th Faldo Series Asia Grand Final, to be hosted by Sir Nick at Laguna Lang Co in Danang, Vietnam, in March, 2017.

En route to his victory in Cambodia two years ago, Putt shot a course record 66 at Angkor Golf Resort.

At Watermill Golf and Gardens, he once more lived up to his name, using the short stick to good effect in an opening-day birdie blitz that saw him post a sparkling seven-under-par 65 – one shot behind Nopparat.

Again there was little between them on day two with Putt posting a 69 and Nopparat a 70 which meant they ended the 36-hole event tied at the top on 10-under 134.

In the three-hole play-off in which the aggregate score was counted, Putt reeled off three pars while Nopparat slipped up with a bogey at the second hole that ultimately proved the difference.

The article "Slick Putt on a Roll in Thailand" was originally published on http://www.agif.asia/2016/05/slick-putt-on-a-roll-in-thailand/ 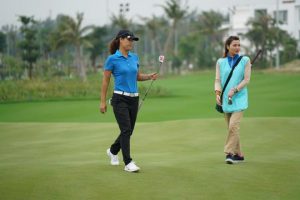 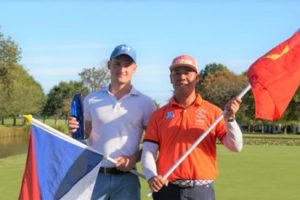