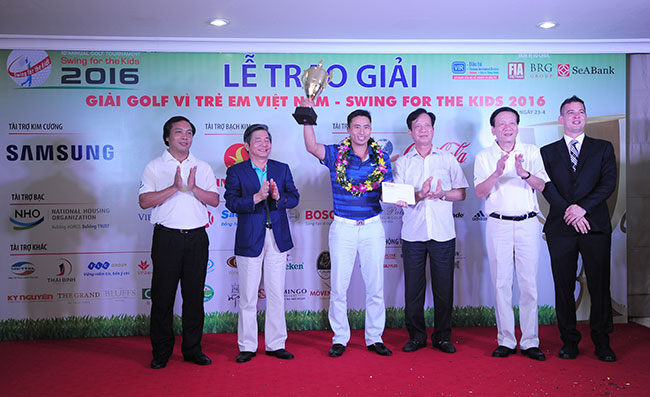 The Swing for the Kids’ gala dinner has just opened at BRG Group’s Legend Hill Golf Resort, to announce the winners and host a charity auction.

Accordingly, the best gross at Swing for the Kids 2016 was Le Minh Hoan with a score of 74. The winners of groups A, B, and C were Le Trung Hieu, Trinh Huu Thang, and Ho Kien Trung, with the total scores of 69, 71, and 72, respectively. Former Minister of Planning and Investment Bui Quang Minh was granted the third prize in Group B with the total score of 72.

“Our biggest prize today is worth about VND1.5 billion ($67,300), which will be granted to over 3,000 ‘winners’, all excellent students with disadvantaged backgrounds,” said VIR’s editor-in-chief Le Trong Minh. “I want to express great gratitude to the organising board and our generous sponsors who have made this charity event such a resounding success.”

An auction to raise more funds to support poor children was also carried out at the gala dinner. Four objects were sold, including a Viettel mobile number ending with ‘8888’, which represents prosperity, a bottle of Santabla wine, a silk embroidery painting made by children from Thuong Thuong vocational training centre, and two Adidas sport bags. The money raised from selling these items will be used to support the education of underpreviliged children.

During the last nine years, the tournament has produced over 12,000 scholarships with the total value of VND10.5 billion ($470,000) to poor but excellent students in Vietnam, including 17 full scholarships of VND10 million ($463) each. In particular, over 2,000 scholarships, altogether worth about VND1.1 billion ($49,000), were handed out in 2015.  The scholarships enabled poor students to continue their education and become worthy members of the society.

The article "Swing for the Kids 2016 crowns 10 years of success" was originally published on http://brggroup.vn/2/268-ct/Golf-News/Swing-for-the-Kids-2016-crowns-10-years-of-success.aspx 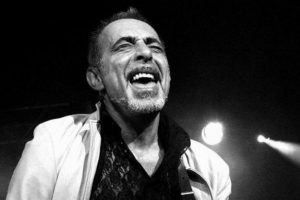 VIR&#039;s Swing for the Kids 2016 teed off
Ten-course Vietnamese project for Schmidt-Curley Design