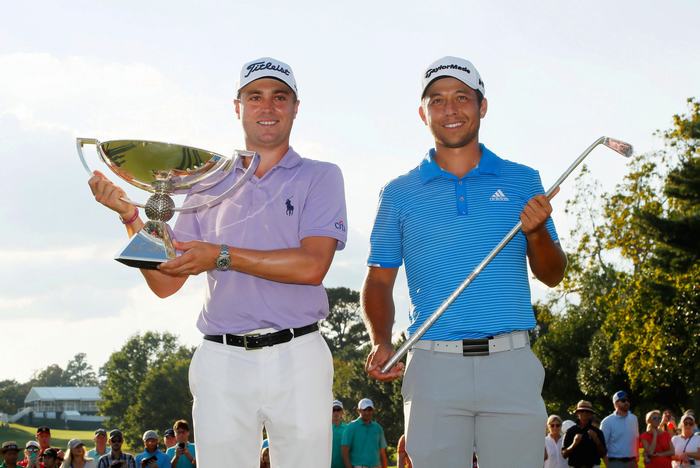 Born in La Jolla, California, the 24-year-old has a name which is not typically American, holds a United States passport and has a father who is half French, half German and mother who is half Taiwanese. “I have a very international background but I haven’t had the opportunity to travel a whole lot,” said Schauffele, who rose to fame by winning the season-ending tour Championship in September, which helped him fnish third in the FedExCup standings.
“My dad’s half French, half German. My mom’s Taiwanese, grew up in Japan. It’s cool that golf has kind of allowed me to start here in Malaysia, then Korea, then China. Growing up, it was always a dream of mine to play on the PGA Tour and to kind of use golf as a tool to travel. I’ve never – I have a very international background but I haven’t had the opportunity to travel a whole lot.”
Schauffale and the merry band from the PGA Tour should buckle up and prepare for a wild ride in the future after spending three weeks competing in mega PGA Tour events in Asia.
After a two-week break, the PGA Tour’s 2017-18 season started in full earnest in early October with the Safeway Open in Napa, California, won by Brendan Steele. Then, the tour headed full steam to the Far East for the eighth staging of the CIMB Classic in Malaysia, followed by the inaugural CJ CUP @ NINE BRIDGES in South Korea and World Golf Championships-HSBC Champions in China.
The three Asian stops are part of the tour’s expansive 49-leg FedExCup schedule which will visit five other countries outside of the United States. For a rising star likeSchauffele with such a colourful family heritage, the opportunity to expand his horizons is an exhilarating prospect. “I’m just excited to start the year off kind of on a different foot instead of in the States,” said Schauffele. “If you want to be one of the best players in the world, you have to be
a global player. You have to collect fans in different countries and play well in different countries. I’m just really looking forward to the opportunity presented,” he said. While Schauffele is amongst the Class of 2011 that includes Jordan Spieth, Justin Thomas, Emiliano Grillo and Daniel Berger who have
burst onto the PGA Tour scene, the old guard are just as equally excited with how the game is growing around the world.
Recently inducted World Golf Hall of Fame member, Davis Love III, recalled the old days when he used to ﬂy out to the occasional tournament in Asia. “In 1985 when I started on the tour, I never thought I would be playing in Malaysia in between playing at Pebble Beach and then New York, then Malaysia, then back to playing in Mississippi. You know, it really is amazing. They just seemed so far away and now it’s just part of our tour,” said the 53-year-old. “It really isn’t the U.S. Tour. It’s the PGA Tour.” A 21-time PGA Tour champion, Love welcomes the global expansion and snapped up the opportunity to compete in the CIMB Classic in Malaysia, which was inaugurated in 2010.
“We have to embrace that that we’re going to play around the world. Our Tour is going to be kind of the world tour. Guys are coming from all around the world to play our Tour as the premier place to play, so we have to come over here and play. It’s a great streak. My goal would be to get in all three of them next year, it would be a nice goal.”

The article "Tour continues to elevate its game" was originally published on http://vietnamgolfmagazine.net/en/tour-continues-to-elevate-its-game/ 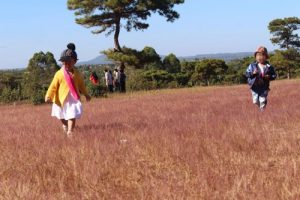 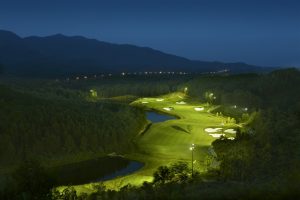