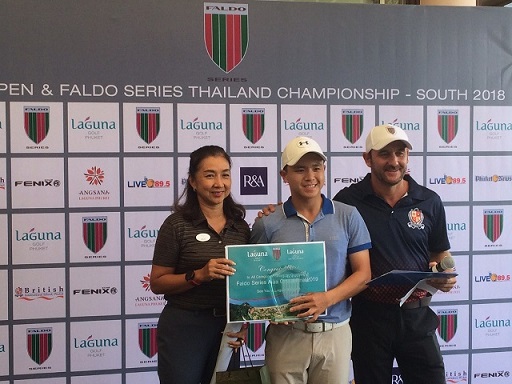 Phuket, Thailand: It’s not only in Hollywood where a new Toy Story is in the making. Faldo Series Asia stalwart Napat ‘Toy’ Paramacharoenroj is also embarking on an exciting new adventure.

In so doing he guaranteed himself a starting spot in the 13th Faldo Series Asia Grand Final, to be hosted by Sir Nick Faldo at Laguna Lăng Cô in the Central Vietnamese city of Danang in March, 2019 – three months before the fourth instalment in the Toy Story movie series hits the big screen.

“Thank you to the Faldo Series for all the opportunities it has given me,” said Napat, who will be bidding to become only the third two-time winner in the event’s history.

“I love the course at Laguna Lăng Cô and I’m looking forward to returning,” added Napat, after signing for rounds of 67 and 68 in the eighth leg of the 2018-19 Faldo Series Asia season at Laguna Golf Phuket, a Golf Course Facility Member of the Asian Golf Industry Federation.

With a 36-hole total of seven-under-par 135 in the event that was held in conjunction with the Laguna Junior Open and staged in partnership with the BISP, Napat finished eight strokes clear of his closest challengers. Among many highlights was an eagle-three at the long 11th hole in round two, where he struck a five-iron approach to 20 feet and snared the putt.

It was his second success in the Faldo Series Thailand Championship – South, having claimed the inaugural title in 2016. Last year he was edged out by fellow BISP students Mark Vanchai Luangnitikul.

Vanchai, who won a team golf medal for Thailand at last month’s Youth Olympic Games in Argentina, had been due to defend his title at Laguna Golf Phuket, but was called away for a national team training camp at late notice.

While Napat was a runaway winner, there were close contests in other age group categories.

Tanakrit Rattandilok topped the standings among the Boys’ Under-16. His 143 aggregate was three ahead of Laguna Golf Phuket club champion Sebastian Sawtell and five in front of Min Than Lwin Aung, one of a five-strong Myanmar contingent in the field.

Meanwhile, Nilubol Panno produced a stirring comeback on the final nine holes to edge out Panchalika Arpamongkol in the Girls’ Under-16 section. Trailing Panchalika by two strokes after 27 holes, Nilubol covered the final-nine in even-par 36 while her rival bogeyed 16 and 18 for an inward 39.

There was also late drama in the race for the last spot on offer at the Grand Final, the runner-up in the combined Boys’ Under-21/Under-18 segment.

Digging deep, Kelly covered the closing stretch in two-under while Tan, runner-up in the Boys’ Under-21 category at the 12th Faldo Series Asia Grand Final, was one-over. Agonisingly, he lipped out with a six-foot par putt at the last that would have secured him runner-up position on a countback.

The tournament was also notable for the introduction of a grassroots category for children under the age of 12, with Damon Kim Dong-wook taking top honours.

Another first for the Faldo Series Asia was leading local disc jockey Donna Toon hosting her afternoon show on Phuket Radio Live 89.5 from Laguna Golf Phuket with frequent updates on the golf and interviews with players and officials.

The article "Winning Story at Laguna Golf Phuket" was originally published on https://www.agif.asia/2018/11/toy-reprises-winning-story-at-laguna-golf-phuket/ 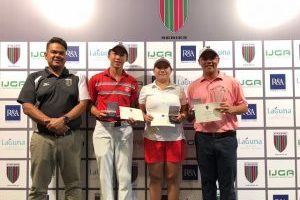 Perseverance Pays Off for Teenager Tan 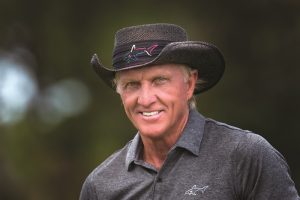 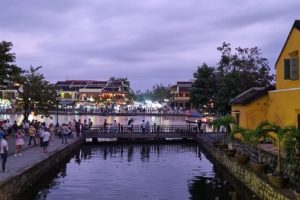 A trip back in time to Hoi An