As part of the remastering, the Gold Course has all new turf from tee-to-green, featuring new strategic challenges and shot values and putting surfaces that are firmer and more uniform. The drainage and irrigation systems were also significantly updated which presents an overall improvement in course conditioning that enhances the playability experience for golfers of all skill levels.

“Tiburon has always had a great impact on my design philosophy as it was one of our first projects. So I was thrilled to have the opportunity to bring it back to its original form,” said Greg Norman, whose design company is a Full Business Member of the Asian Golf Industry Federation.

“A key focus for GNGCD is our redesign programme since many golf courses lose their unique character and original strategic elements over time. It is our mission to update these courses to higher design standards while focusing on capital expenditures and lowering future operating costs.”

GNGCD also announced the grand reopening of Orlando’s ChampionsGate International Course which recently underwent a complete restoration of all 18 greens and greenside bunker complexes, returning them to their original sizes, look, and feel.

Another original Norman-design, these enhancements were the first to the coastal-links-style International Course since it debuted 16 years ago.

On the international stage, Brookwater Golf & Country Club, southwest of Brisbane in Australia, has reopened nine of a planned 18-holes that are undergoing a progressive overhaul.

Central to the project’s scope are that all 18 greens are to be refreshed, resurfaced and in some cases redesigned, to eradicate a natural build-up of thatch and subsoil concerns that occur at any course over the passage of time.

A GNGCD original design opened in 2002, Brookwater has earned a reputation for being one of the most dramatic and scenic layouts in Australia and is perennially ranked within the top-50 Australian courses.

GNGCD recently celebrated the opening of its 100th course at Eastern Golf Club in Australia and currently has 42 more under contract and another 22 actively under development, including six redesign projects. 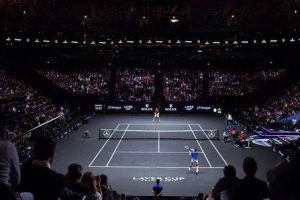 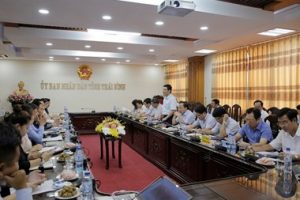