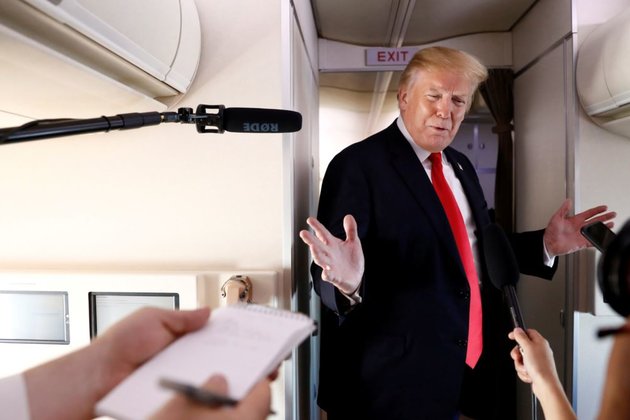 ABOARD AIR FORCE ONE – U.S. President Donald Trump addressed the coming U.S. Supreme Court vacancy, his chief of staff, the upcoming summit with Russia, tariffs and NATO on Friday while aboard Air Force One en route from Washington to his private golf club in New Jersey.

Trump said he plans to announce his nominee for the high court on July 9 and that he has identified five finalists, including two women.

He also said he may interview two contenders for the nomination this weekend.

He said he will not ask candidates whether they would overturn a 1973 ruling in the Roe v. Wade case, which established a woman’s right to an abortion, nor would he discuss gay rights with them.

The president’s nominee must win confirmation by the Senate.

Republicans control the chamber but only by a slim majority, making the views of moderates, including some Democrats, important.

Trump met Thursday with senators from both parties at the White House to discuss the court vacancy created by the retirement of Anthony Kennedy, which was announced Wednesday.

Senate Republican leader Mitch McConnell said on Friday he hoped the confirmation process would be done ‘in time for the new justice to begin the fall term of the Supreme Court … the first Monday in October.’

Trump said he is not looking for a new chief of staff to replace John Kelly, but at some point ‘things happen.’

Kelly, a retired general, is nearing a year in the job and could be leaving soon, a source familiar with the situation said Thursday.

Among possible choices for Trump are Mick Mulvaney, who is the White House budget director and a former member of the U.S. House of Representatives, and Nick Ayers, who is Vice President Mike Pence’s chief of staff, the source said.

Trump has occasionally chafed at the restrictions Kelly has placed on who gets access to see him and has wondered aloud whether he needs someone with more political experience for the job as congressional elections approach, two sources said.

FILE – White House Chief of Staff John Kelly listens as President Donald Trump holds a round table meeting in the Roosevelt Room at the White House in Washington, March 20, 2018.

But he frequently praises Kelly publicly and has expressed admiration of him.

Kelly was picked as chief of staff last summer to bring order to the West Wing in place of Reince Priebus, the former chairman of the Republican National Committee who presided over the chaotic early months of the Trump presidency.

Trump said he would raise the issue of alleged Russian meddling in U.S. elections during his planned meeting with President Vladimir Putin in Helsinki next month.

He also said he would discuss the conflicts in Syria and Ukraine and other international issues during the July 16 summit.

‘I’ll talk to him about everything,’ Trump said.

Russia has denied U.S. intelligence agencies’ assessment that Moscow sought to interfere with the 2016 U.S. election to boost Trump’s prospects of becoming president.

After Trump and Putin met briefly in Vietnam in November 2017, Trump was criticized in the United States for saying he believed Putin when he denied Russian meddling.

Trump denies wrongdoing and calls an investigation into possible collusion between his presidential campaign and Russia a ‘witch hunt.’

Russia’s 2014 annexation of Crimea from Ukraine, the sanctions imposed on Russia by the United States in response, and Russia’s military intervention in the war in Syria to support President Bashar al-Assad are major causes of strain in the two countries’ relations.

Asked if the United States would recognize Crimea as part of Russia, Trump said: ‘We’re going to have to see.’

He gave a similar answer when he was asked if he would lift the sanctions on Russia. ‘We’ll see what Russia does,’ Trump said.

Trump said his administration’s investigation into whether to increase tariffs on cars from the European Union and other trading partners would be completed in three to four weeks.

He also said the United States has been treated very badly by the World Trade Organization, but he is not considering withdrawing from it at this point.

Asked when the probe would be concluded, he said: ‘Very soon. It’ll be done in three, four weeks.’

Trump ordered the ‘Section 232’ national security probe into autos on May 23, and his unusually fast timeline calls for it to be possibly completed in just over two months. Similar national security probes ordered last year that led to import tariffs of 25 percent steel and 10 percent on aluminum took about 10 months to complete.

Trump said that Germany and other European nations need to spend more on NATO, reiterating a complaint that U.S. allies are not pulling their weight on defense spending.

‘Germany has to spend more money. Spain, France. It’s not fair what they’ve done to the United States,’ Trump told reporters aboard Air Force One. 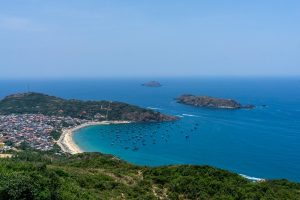 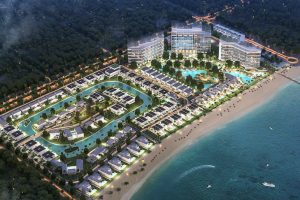 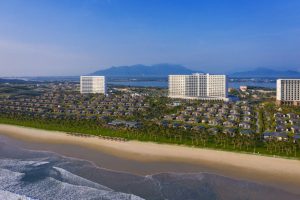