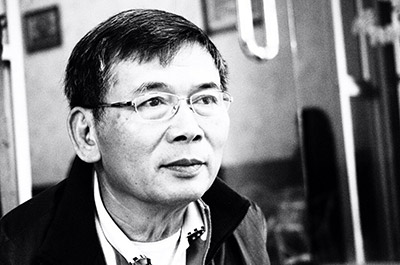 Swing for the Kids’ founder

How did you come up with the idea for VIR’s Swing for the Kids charity golf tournament?

Golf came to the country in 1994, when golf courses in the south of Vietnam, such as Song Be, Thu Duc and Dong Nai, as well as Dong Mo course in the north were licensed. By the end of the twentieth century, the number of golfers increased remarkably and many organisations had already chosen to raise money through golf tournaments, so it was not unusual to use the game to generate money for good causes.

At that time most players were diplomats, foreign experts at international organisations and foreign invested companies, or rich Vietnamese businessmen. This means their companies could afford to plough some of their profits into charity and social activities. At the time I thought it would be wonderful to couple golf with charity here in Vietnam.

VIR’s former editor-in-chief Nguyen Anh Tuan has said that he knew nothing about the sport when you came up with the idea of the tournament. Do you recall telling him about your plans?

Indeed, I remember that I presented him with a full set of golf clubs to practice with, but he left them in his mother-in-law’s house and his relatives probably still think it is a bag of guns!

Seriously though, back in early 2007, Nguyen Anh Tuan was deputy director of the Foreign Investment Agency and had also just been appointed by the Minister of Planning and Investment as VIR’s editor-in-chief.

On behalf of Prudential Vietnam, I visited him and we had a long talk about many things, and I suggested that we organise a proper charity golf tournament in the north of Vietnam. I remember he said, “Charity is good, but we do not really know anything about golf. Is it not too soon?”

I said no, and that I was ready to help organise this event. Phan Huu Thang, former director of the Foreign Investment Agency, was also there and he was already a golf enthusiast. We considered the idea and decided to have a charity golf tournament and agreed right away that the purpose should be to help fund students’ education.

How did you come up with the name ‘Swing for the Kids’?

When I was deputy general director of Prudential Vietnam, I once accompanied the former British Ambassador to Vietnam, Peter Williams, who was also an advisor to Prudential, on a visit to former Deputy Prime Minister Nguyen Manh Cam. He was one of the first Vietnamese government officials that played golf and he promoted the sport’s development in Vietnam for to its manifold economic benefits. At the meeting, Cam suggested to Ambassador Williams that we should run a charity golf tournament. Following this, I told the leaders of Prudential that VIR’s editor-in-chief Tuan had already agreed to organise the event.

The name itself is simple. Golfers swing the club to strike the ball. Swing for the Kids just means swinging the clubs for children.

Once we named the event, we made a logo on the next day, and so the Swing for the Kids tournament was born. I am still very happy because children are still the ultimate beneficiaries of our work.

I want to add that there were some concerns that maybe the Ministry of Planning and Investment would not approve VIR’s proposal, but Minister Vo Hong Phuc agreed immediately, even though golf was a sensitive topic and he himself never played. This was a brave decision and his successor Bui Quang Vinh later reaffirmed the importance of golf.

Is this a common model of raising money for scholarships?

If I am not wrong, nobody did it before Swing for the Kids.  Golf for charity is common around the world but it’s mostly professional golf. In terms of helping the community in a practical way through golf, it is fair to say that Vietnam was first.

How would you assess the success of the tournament over the last decade?

The effect on society has been widespread, but I would agree with former minister Vo Hong Phuc regarding the key importance of building a bridge between domestic and foreign investors.

Moreover, a charity golf tournament needs to be transparent. It is fair to say that some other tournaments use the event to benefit the organisers, but Swing for the Kids is different. The sponsorship money that organisers mobilised has always been used for the correct, stated purpose.

Additionally, for the country to get richer, the economy has to grow. Golf can facilitate this and the tournament has helped golf to grow in Vietnam.

What are your hopes for the future of the tournament?

I hope that the leaders of VIR and the organisation board of Swing for the Kids build on the values that we have established.  Furthermore, I would love for VIR to have another charity golf tournament. We have Swing for the Kids to invest in people, perhaps we could have one more to invest in the cultural heritage of our nation.

I also hope that the tournament can play a role in getting the excise tax on golf lifted—with that the economy and therefore the society will draw greater benefits.

The article "VIR's Swing for the Kids 2016 teed off" was originally published on http://www.vir.com.vn/virs-swing-for-the-kids-2016-teed-off.html 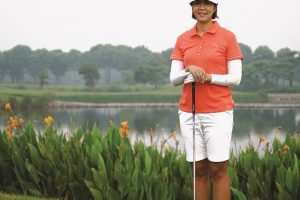 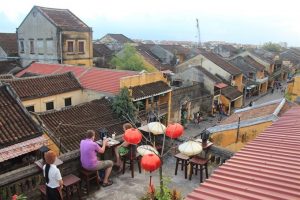 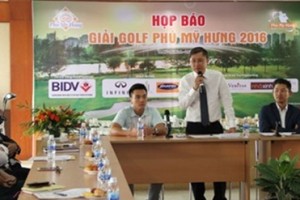 Phu My Hung golf tournament set to tee off this Sunday