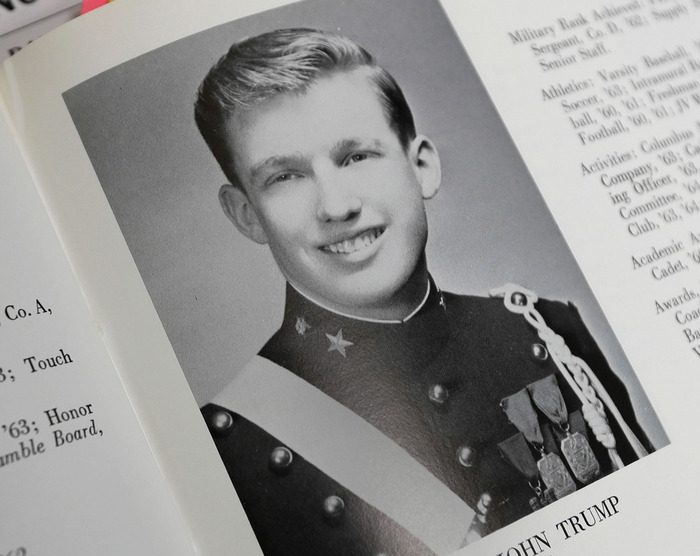 Donald Trump as a student at the New York Military Academy, where he rehearsed for wars he missed.
Photo: Mike Groll/AP/Shutterstock

It’s been well-known at least since Donald Trump got into politics that he benefited not only from the college deferments millions of young men received during the Vietnam War, but from the kind of preference that rich dudes with compliant doctors tended to enjoy, as the New York Times explained in 2016:

He stood 6 feet 2 inches with an athletic build; had played football, tennis and squash; and was taking up golf. His medical history was unblemished, aside from a routine appendectomy when he was 10.

But after he graduated from college in the spring of 1968, making him eligible to be drafted and sent to Vietnam, he received a diagnosis that would change his path: bone spurs in his heels.

The diagnosis resulted in a coveted 1-Y medical deferment that fall, exempting him from military service as the United States was undertaking huge troop deployments to Southeast Asia, inducting about 300,000 men into the military that year.

We learned a couple of things about that period of the president’s life in his interview with Piers Morgan that came out today. Here’s one:

“Well I was never a fan of that war, I’ll be honest with you. I thought it was a terrible war, I thought it was very far away, nobody ever … you know you’re talking about Vietnam and at that time, nobody had ever heard of the country.”

I dunno; the war was at the top of the news constantly in those days. Maybe if you never seriously thought your life would be affected by it, it might indeed seem “very far away,” like poverty and other privations. But then there was this moment when Morgan asked if Trump regretted missing military service at that time:

It’s little secret by now that Trump faked a disability to stay out of the Vietnam War, but he tried to rewrite history after Morgan asked him if he would have liked to serve. “I would not have minded that at all; I would have been honored,” he said.

It’s not 100 percent clear what that was supposed to mean, but the most obvious interpretation is that some of Trump’s inveterate jingoism and determination to throw money at the Pentagon is attributable to guilt over his draft-dodging ways.

Who says Trump can never admit he’s made a mistake? In this case, unfortunately, it’s all of us — U.S. taxpayers, and down the road, I fear, the men and women who are serving this country in uniform — who are paying off the debt. Let’s hope he gets over it sooner rather than later, or just channels his regrets into military parades.

Daily news about the politics, business, and technology shaping our world.

By submitting your email, you agree to our Terms and Privacy Notice and to receive email correspondence from us.

The article "Were Now Paying Off Trumps Vietnam Draft-Dodger Debt" was originally published on http://nymag.com/intelligencer/2019/06/were-now-paying-off-trumps-vietnam-draft-dodger-debt.html 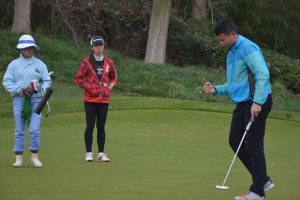