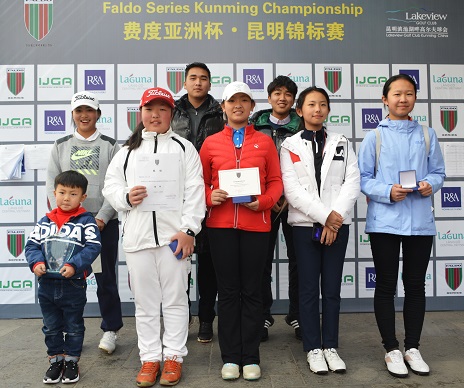 Kunming, China: Zhang Xiyue pipped Cheng Junyuan at the first hole of a sudden-death play-off to emerge triumphant in the 12th edition of the Faldo Series Kunming Championship.

In one of the most dramatic finales of the 2018-19 Faldo Series Asia season, Zong Zenghaoqi’s bid for a third successive victory at the award-winning, Nick Faldo-designed Lakeview Golf Club course came unhinged at the final hole.

Leading Zhang by one shot and Cheng by three with just one hole of regulation play remaining, Zong suffered an uncharacteristic meltdown, running up a double-bogey seven to sign for a 78 and a two-day aggregate of 152.

There were no such late wobbles for Zhang who safely negotiated the last in par, carding a 77 and a total of 151 in the 15th and final qualifying leg of the 2018-19 Faldo Series Asia season, which forms part of The R&A World Amateur Golf Ranking.

Cheng, meanwhile, made a stunning closing eagle-three for a one-over 73 to match Zhang’s overall score and ensure extra-time. To compound Zong’s agony, that astonishing four-stroke swing on 18 meant he had to settle for second place behind Cheng in the Boys’ Under-21 category.

As such, he’s missed out on qualifying for the 13th Faldo Series Asia Grand Final, to be hosted by Sir Nick Faldo at Laguna Lăng Cô in Danang, Central Vietnam from March 20-22.

Instead, it will be Zhang who carries the main hopes of the Kunming representatives following her success at Lakeview, courtesy of a solid par-four to Cheng’s double-bogey six at the 10th, the first play-off hole.

Joining Zhang and Cheng in Vietnam will be Li Zhengxing, who had a comfortable eight-stroke victory in the Boys’ Under-16 segment, and Fan Peiqi, who was crowned Girls’ Under-16 winner, even though she finished second, four strokes behind He Jiaying, one of many prodigious Chinese youngsters making their way in the game.

Already being touted as a star of the future and permitted to compete in the Under-16 age group to gain experience, He, who was born in 2007 and has not yet turned 12, was ineligible to claim a prize.

Organisers of the Faldo Series Kunming Championship once more staged a mixed under-12 category, which was won by Jiao Ziyue.

Age group winners and runners-up received their trophies from Yang Bo, Manager of Kunming Lakeview Golf Club. “After experiencing snow and freezing temperatures during last year’s tournament, we were pleased to have some sunny weather this time. We were pleased also to have more than 60 entrants – and hope to increase that number next year,” said Yang.

As well as two events in China and Thailand, championships have been staged in Australia, Bangladesh, Chinese-Taipei, Hong Kong, India, Japan, Nepal, Pakistan, the Philippines, Singapore and Vietnam.

The article "Zhang Capitalises on Zong’s Late Implosion" was originally published on https://www.agif.asia/2019/02/zhang-capitalises-on-zongs-late-implosion/ 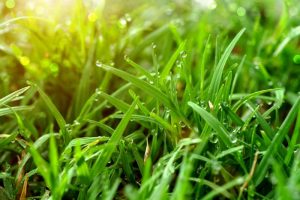 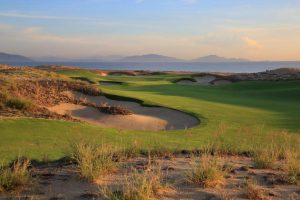