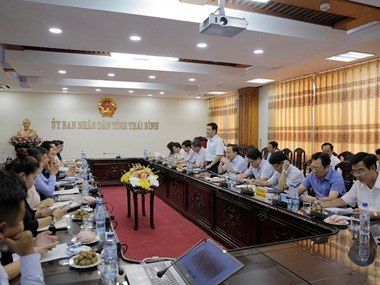 Hanoi (VNA) – The FLC Group wants to develop a smart urban complex in the centre of northern Thai Binh city, Trinh Van Quyet, the group’s chairman of the management board, has said.

Speaking at a recent meeting with the provincial People’s Committee and representatives from related agencies and authorities in Hanoi, Quyet said the complex would cover an area of 300-500ha, with an artificial beach, golf course, entertainment park and shopping mall, as well as apartments, townhouses and villas.

Nguyen Hong Dien, Chairman of the provincial People’s Committee, introduced the FLC Group’s delegation to the location, geography and other advantages of the area, as well as investment policies in agriculture, service and tourism.

He also talked about the current master plan and land use under the new administrative centre, Kien Giang River, Vu Thu and Vu Dong communes.

These locations have a beautiful landscape and convenient traffic connections. They were introduced to the FLC Group for consideration and selection for effective investment.

Dien emphasised that This Binh has over 5,000 businesses but not many are large enough. To create motivation for local socio-economic development, Thai Binh needed private enterprises with experience and financial prowess such as FLC.

Quyet said early development of such a project would require very strong commitment from local officials, who would need to work hard on land acquisition, administrative procedures and support policies for investors.

This is the second time in two months that the FLC Group’s directors have surveyed potential development sites in the province, showing the group’s commitment to turn this plan into reality.-VNA

The article "FLC group to develop urban complex in Thai Binh" was originally published on http://en.vietnamplus.vn/flc-group-to-develop-urban-complex-in-thai-binh/115943.vnp 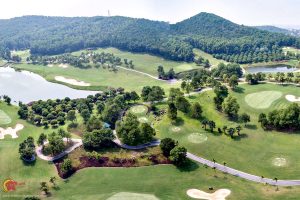 Gary Player’s Memory on The Open