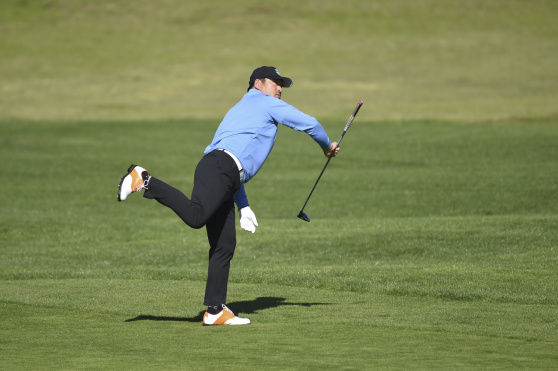 Yet the 45-year-old from a small fishing village in South Korea, who took up golf when he was 25, couldn’t stop smiling as the waves crashed the craggy coastline. He had won the lottery, after all, and his first trip to American soil and his first start on the PGA Tour left a lasting impression not only for Choi but for those entertained by his affable personality, showmanship and outrageous follow-throughs full of twists and turns that have made him an internet sensation.

On the scenic stages of Pebble Beach, Spyglass Hill and Monterey Peninsula’s Shore Course, Choi was the biggest star in a tournament filled with celebrities and some of the game’s best players, his festive galleries larger than those following Bill Murray, Wayne Gretzky, Phil Mickelson and Jordan Spieth.

“I definitely felt the love from my fans,” Choi said through an interpreter.

Choi returned the love. He acknowledged most every shout out from his followers, many coming in his native tongue. He signed tons of autographs and posed for hundreds of selfies. He was Mickelson without flashing the thumbs up.

Hosung Choi and his gyrations were a big hit with players and the galleries at Pebble Beach. (Michael Madrid-USA TODAY Sports)

Playing on a sponsor’s exemption, he showed his appreciation by plunking down his own cash to buy clothing featuring the tournament logo and wore his new duds through 54 holes. He literally ran to the media center for his pre-tournament presser to make sure he wasn’t late.

And Saturday he gave each of his playing partners – actor Chris O’Donnell, his teammate, and pro Jerry Kelly and his teammate, Green Bay Packers QB Aaron Rodgers – one of his clubhead covers that feature a silhouette of his one-legged follow-through.

“They were such great people,” Choi said. “And even when I had a bad shot or was struggling, they encouraged me, and they gave me words of advice out there. And I tried to give them a gift to remind them of me.”

Choi, Rodgers said, was the gift that kept on giving.

“We had him over to the house, him and his family. We had a blast,” Rodgers said. “There’s obviously some loss in translation with the language barrier, but we had his translator there, and we just had a blast. He’s a great guy. I think it’s great for the tournament and for golf. Obviously, his swing gets a lot of attention, but he’s a good player. It was a lot of fun to play with him.”

While the record will show he missed the cut by 11 shots after rounds of 72-75-77, Choi wasn’t out of his element in a week full of elements featuring hail, showers and bone-chilling temps. The four-time winner on the Japanese and Korean tours was baffled by the Poa annua greens but was far from a sideshow, as he impressed Kelly, who has six victories on the PGA Tour and PGA Tour Champions.

“I really love the action,” Kelly said. “It made me want to get my leg into it just a little bit and see if I can get a little extra. His fundamentals at impact are pretty darn good, and he can shift it and roll it. So, there’s no reason that he can’t compete.”

On Sunday night, Choi left for Guam for a photo shoot and doesn’t know when he’ll play next. While he was disappointed in his play on the Monterey Peninsula, Choi was far from downcast about his future and said he hopes to receive more invitations to play on the PGA Tour.

“If I’m lucky enough to get another invite, I’ll be happy to play in any other tournament,” Choi said. “I learned a lot from this experience.

“I will continue to dream.” Gwk

The article "Hosung Choi and his unconventional swing earn respect at Pebble Beach" was originally published on https://golfweek.com/2019/02/10/hosung-choi-golf-swing-korean-pga-tour-pebble-beach/?src=rss 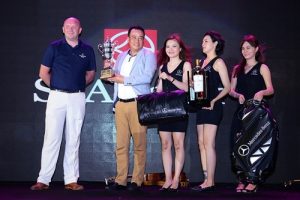 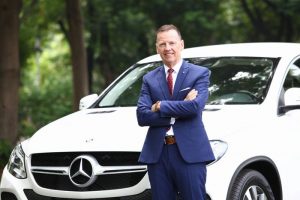