For an industry that is all about movement, travel changes at a glacial pace.

At your local airport, the experience today will be much the same as it was in January 2010 – with the possible exception of carrying your boarding pass on your smartphone.

You will need to follow the same rules to go through the same security; the odds are you will board an Airbus or Boeing jet that was designed decades ago – the giant United Airlines has just announced an order for 50 Airbus A321 aircraft, a jet launched as something of an afterthought by the European plane manufacturer in 1993; and your pilots will follow much the same tortuous course through the skies to your destination.

Sharing the full story, not just the headlines

On the railways of the UK, ironically, the most innovative train operator of recent times, Virgin Trains, is about to be dumped by the Department for Transport (DfT) in favour of Avanti to run trains on the West Coast mainline.

In addition, few hoteliers seem yet to have woken up to the realisation that this is the second decade of the 21st century and that the traditional accommodation model really needs to be updated to make life smoother for travellers.

Trains, boats, planes, hotels: they mostly look and feel broadly the same as they did a decade ago. But thankfully there are innovators in transport and tourism who should be celebrated.

These are my choices, and I would like to hear your nominations.

In the first decade of the 21st century, the endless battle between Airbus and Boeing was characterised as a conceptual duel between the giant Airbus A380 and the smaller Boeing 787. Both went through severe birth-pains, with the former, named the “SuperJumbo”, delayed two years before it entered service in October 2007.

The “Dreamliner” was even further behind schedule – flying for the first time in December 2009 and enduring a three-month grounding while self-combusting lithium batteries were sorted out. And Airbus is ending production of the A380. Partly it was because the concept of a 500- to 600-seat plane with four engines was an evolutionary cul-de-sac. But it was also because the A350 is a far better aircraft from the airline’s viewpoint: easier to fill and hyper-efficient.

The A350 has two engines, a carbon-fibre fuselage and wings, and capacity to fly 300-400 passengers comfortably and profitably – making it an “XL”-sized plane compared with the “L”-sized 787 and the “XXL” A380.

The plane has been granted “370-minute Etops”, meaning it is certified to fly for over six hours on a single engine. It can therefore serve almost any route on the planet, including straight over the north pole from Heathrow to Hawaii or Edinburgh to Tahiti. There is just a tiny patch of the Antarctic that is beyond its capabilities.

Passenger benefits range from bigger windows and more headroom to higher cabin-pressure and humidity, making long flights more bearable. On a Qatar Airways trip, I flew outbound to Doha aboard a 787 (with intermediate flights on the dated A330) and back on an A350. The new Airbus won easily.

Extensive and expensive fleets of new trains have been deployed in Britain over the past decade, predominantly on lines to, from or through London. The new Japanese-designed inter-city express trains on the Great Western lines are enabling faster journeys between the capital and Bristol, Cardiff and Exeter. But the passenger jury is out about whether they are actually any more comfortable than the old high-speed trains.

Meanwhile, a company called Vivarail is doing something much more sustainable: bringing back to life old London Underground trains, reinventing the 40-year-old stock to run on branch lines around Britain. The perfectly serviceable aluminium bodies are retained, as are the steel wheels, but the interior is far more comfortable and spacious – with options for electric, diesel or battery power.

You can find them shuttling between Bletchley and Bedford, and soon the railway on the Isle of Wight (currently served by Underground trains dating from 1938) will get an upgrade.

Incidentally, this year’s glorious technological revolution in Scotland involves refreshing 40-year-old diesel trains that have been “cascaded” (the railway term for hand-me-downs) from the Great Western network for service from Edinburgh and Glasgow to Aberdeen and Inverness.

Eurostar to Rotterdam and Amsterdam (2018)

The Channel Tunnel train operator carries the vast majority of passengers travelling from London to Brussels and Paris. Achieving dominance was easy, since the Eurostar network was designed to do just that. What has been disappointingly slow has been extending beyond the two cities – a summer-only link to the Mediterranean and a weekend winter service to the Alps are hardly revolutionary.

Finally, in 2018, Eurostar launched a service to Amsterdam via Rotterdam, which has proved so successful that the 12-a-week link has been stepped up to 21 weekly departures. The main beneficiary is the traveller to Rotterdam, which is just three hours from St Pancras and previously poorly connected to Britain. Amsterdam, which is exceedingly well-connected by air to the UK, is 40 minutes further away.

Unfortunately, bureaucratic hold-ups mean that the service is one way only – coming back from the Netherlands, you have to change trains in Brussels. But the word on the platform is that direct inbound services should be with us by April 2020.

To see the “mist rolling in from the sea” to Scotland’s Mull of Kintyre, an excellent place to be is in Northern Ireland. Almost anywhere along the coast of Antrim will do, but the Gobbins Cliffs are particularly good; you can also look across at the anvil of land guarding the harbour at Stranraer in southwest Scotland. But this is just an overture for a fabulous reinvention of a Victorian adventure: clambering along the undercliff, on a network of walkways and bridges.

The Gobbins Cliff Path first opened in 1902, but was closed in the 1950s. Today, a guided tour makes an excellent day out from Belfast, or stepping stone to the Giant’s Causeway.

The best rental car experience I have had all decade was earlier this year at Tampa airport. Forget lining up wearily after a long flight and going through the documents kerfuffle, carefully declining all the tedious and expensive extras. Instead, as Hertz instructed me by email: ”Go directly to the Gold zone, where you can choose any vehicle in that zone and go.” And that was that, choosing the roomiest (I was with an annoying film crew) and finding the keys already in the car. All I had done to deserve it was to sign up free with the rental firm’s Gold Plus frequent-renter scheme. Even though I am a very infrequent renter, I appear to qualify.

“Flight shaming” is an increasingly popular cause. “Cruise shaming” isn’t. Yet, in time, the immense carbon footprint of cruising will be understood, which means that the Roald Amundsen, the newest member of Norway’s Hurtigruten fleet, will be a relatively shining example of innovation – emitting one-fifth less CO2 than conventional vessels, thanks to its hybrid propulsion system. Other vessels in the Hurtigruten fleet are being converted to run on liquefied bio-gas, made from organic waste such as fish.

The daily Boeing 787 trip on the journey of 9,000-plus miles between Heathrow and Western Australia is now routine. While the environmental impact of ultra-long-haul flights is coming in for increased scrutiny, the passengers aboard the Dreamliner are loving the ability to reach Australia in a single hop. Families, passengers with reduced mobility, and business people in a hurry are filling almost every seat on the 17-hour Qantas flights known as QF9 and 10. Non-stops between London and Sydney, which are likely to take three hours longer, may begin in the next decade.

The actual name of the train service on Uzbekistan’s high-speed railway is Afrosiyob, but I prefer Silk Road Express.

The 7.30am departure from the Uzbek capital, Tashkent, speeds across the central Asia steppe at over 140mph, reducing the parched, crumpled foreground to a blur. The Spanish-built train arrives in Samarkand, a city of minarets and mausoleums (as well, it must be said, of quite a lot of Soviet detritus), after just two hours – unheard-of pace for terrestrial transport in this part of the world.

I paid about £12 for the trip, and a few pence for onboard tea and biscuits. The line – a mix of new-build and upgraded tracks – extends to Bukhara and will soon reach the mystical, medieval city of Khiva near the Turkmenistan border. Which, as it happens, is the most beautiful and beguiling place I have visited this decade.

And an honourable mention for Morocco’s al-Boraq line, which is Africa’s first high-speed railway – connecting Tangier, Rabat and Casablanca in just over two hours.

Whether or not you invest £25 in a visit to (near) the top, the Shard has transformed the capital’s skyline – just as the London Eye did a decade earlier. London’s highest visitor platform was an integral part of the skyscraper’s design, and from 800 feet up you can see for 40 miles on a clear day (on a really unclear day, you will get a ticket for a return visit).

Yet this 2013 attraction has been mirrored by the Sky Garden – the amazing, green and pleasant space that opened in 2015, facing the Shard across the Thames. It comprises the top of the building known as the “Walkie Talkie” for its strange shape, looming over the City of London. The main purpose is as a posh and commensurately expensive bar and restaurant. But a certain number of people are let in free every day. To ensure a ticket, book in advance online. (If your day isn’t available, then the 20th-century Oxo Tower on the South Bank has an 8th-floor viewing platform.)

On a quayside overlooking Belfast Lough, a structure as monumental as the ship it commemorates took shape in the early years of the decade. The visitor attraction occupies part of the old Harland and Wolff shipyard, which in the early 20th century was one of the most productive places on the planet.

If Ikea sold flatpack ships, and someone had made a muddle of the instructions, it would resemble Titanic Belfast. For once, the term “of Titanic proportions” applies literally. The top of the five-storey building is exactly as high as the tip of Titanic when the transatlantic liner was completed.

The vessel left Belfast on 2 April 1912. Twelve days later, on her maiden voyage from Southampton to New York, Titanic struck an iceberg. She sank, with the loss of more than 1,500 lives, at 2.20am the next morning.

Titanic Belfast launched a century later. Inside this startling shell, the most familiar tragedy in maritime history is placed with sensitivity in its social context.

The high-risk project cost the city council and the Northern Ireland executive almost £100m, but it succeeded in “doing a Bilbao”: transforming a post-shipbuilding city with bold, fresh architecture and a compelling story.

The visitor numbers, about twice as high as anticipated, tell their own story.

The article "How travel and tourism has innovated over the past decade - The Independent" was originally published on https://www.independent.co.uk/travel/news-and-advice/travel-tourism-innovation-airbus-eurostar-qantas-shard-titanic-belfast-a9230826.html 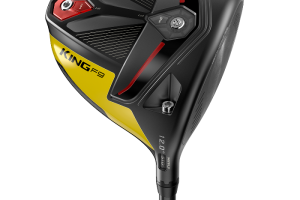 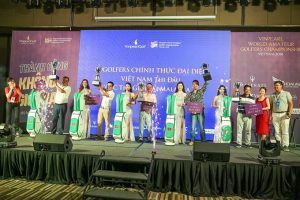