Phuket, Thailand, Dec 12 —The revamped Laguna Phuket championship golf course, which officially re-opens next month after a full makeover, now has a “real sense of place and belonging” according to its designer, Paul Jansen.

The former lead architect for Faldo Design, who created Laguna Phuket’s award-winning sister course in Vietnam, says the layout retains much of its former character and appeal, but has been dramatically improved aesthetically and strategically.

“In making changes to the original course [which first opened in 1993], I wanted to create a story that is full of adventure. I want golfers to explore the property and discover the many outstanding features gracing it as I did through the design and build stages,” Jansen says. “Not only has this been achieved, but the course is now more strategic and certainly more memorable.”

He pays special tribute to the construction team including Mark Lawson and superintendent Blair Pratt, who have helped ensure the course requires “thinking golf”.

“The best golf courses have a character all their own and require golfers to think their way around the site. Laguna Phuket certainly has all this,” Jansen explains. “At 6,719 yards from the back tees, it isn’t long by modern standards, but is strategic enough to challenge better players and provide enjoyment for resort golfers. So it ticks all the boxes. It is definitely not a ‘bombers’ course”

“The number of bunkers has been reduced – to only 37 –but each one is positioned to influence play. This hasn’t compromised the course, but has provided the opportunity to embrace existing features in determining playing strategy – such as water bodies and outstanding trees.”

“We put great emphasis on contouring the land to add strategic and visual interest. This is another way of making players think about their shots.”

The project, which has revitalised the layout that hosted the 2009 Thailand Open, required some fairways to be re-graded and raised to help with drainage, while strategic tree clearing has opened up views of the surrounding mountains and numerous water features have been rejuvenated and visually highlighted.

Unique features include wood ties on some steep fairway edges and traditional Thai fishing boats placed in watercourses. Jansen says these visual elements have enhanced memorability and character. “If nothing else, they will certainly be talking points,” he argues.

He names the new first holes on each nine among his favourites.

“The opening hole has been designed to take advantage of the multitude of features on this parcel of land,” he explains. “We moved the tee to sit hard up against the water body, bonding the right side of the hole and bringing the water more into play.”

“Selective clearing of trees down the right side highlights Banyan and Flamboyant trees, as well as bringing into view water fronting the green, which was previously hidden.

“On the green be sure to appreciate some of the local aquatic plants including water lilies and local Thai boats positioned in the water.”

Jansen says the new 10th hole (formerly the first) has been repositioned to the right, with new undulations adding considerable interest.

“Although only 321 yards from the back tee, an accurate tee shot is required to attack a difficult green complex bounded by humps and bumps with water behind. Whether from the tee, on the fairway or near the green, golfers should use the ground as much as possible to “positively” propel the ball towards the target.”

Director of Golf, Paul Wilson, says the relaunch of the full course in January follows re-opening of the front nine holes (formerly the back nine) in July 2014. 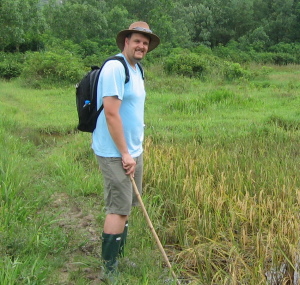 “Since then, golfers have had a taste of the new course and the feedback has been fantastic, with many enjoying the more strategic layout and vastly improved playing surfaces. There is much excitement about the new back nine holes among members and guests, with the tee sheet from January 1 already filling up.” 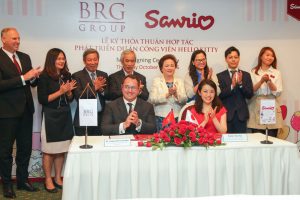 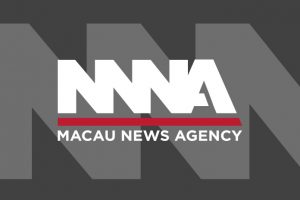