Lang Co, voted as one of the world’s most beautiful bays by the Worldbays Club in May 2009, has become a tourist attraction in the central province of Thua Thien-Hue.

The beach now attracts 16 percent of total visitors to Thua Thien-Hue, besides the main attraction of Hue city.

Investors have noticed the potential of Lang Co.

Last year, work started on the five-star Mediterraneo resort complex on a site of 77,000 sq.m at the cost of over 750 billion VND, which will offer 52 luxury villas, 100 hotel rooms, halls and apartments.

Covering an area of 280ha, the 875 million USD resort is surrounded by a 3km coastline and offers riverside apartments, hillside and golf course-overlooking villas.

It takes less than one hour from Lang Co to Da Nang or Phu Bai airports. International visitors can also reach the site via sea route to Chan May deep-water port.

Twenty other projects worth more than 10 trillion VND (430.4 million USD) are underway.

In the foreseeable future, the province will continue partnering with regional localities to market “central heritage road” tours as well as tourist attractions on the east-west economic corridor, encourage investment in infrastructure to develop Lang Co, Bach Ma National Park and Chan May port into a cultural and ecological tourism triangle.

Besides Lang Co, two other bays in Vietnam which are Ha Long and Nha Trang were also named among the world’s most beautiful by the club. 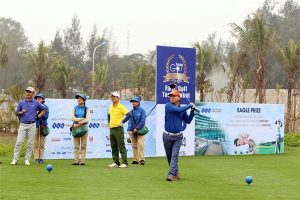 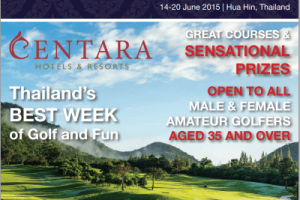